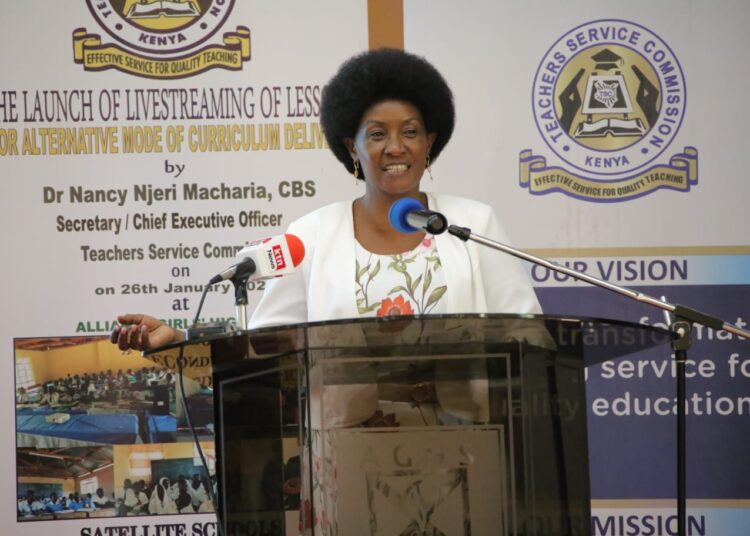 Teachers have spent a lot of time on the streets throughout the years in protest of the government’s low salary. They were fortunate because the Kenyan National Union of Teachers (KNUT) fought hard but won the right to increase teachers’ salary. The Salary and Remuneration Commission decided to raise salaries in three stages.

The slogans of “solidarity forever for the union makes us strong” that the teachers have occasionally used in the streets will finally come to an end with the implementation of the collective bargaining agreement (CBA) by the Salaries and Remuneration Commission.

Here is the breakdown of the new TSC salaries and grading system for teachers.

Some job groups were abolished while others were merged as a result of the current TSC teacher upgrade. The grade previously known as P1, which was under Job Group G, was eliminated and replaced with Grade B5 under the new system of grading teachers. For all primary school teachers, this grade has been recognized as the new entry grade.

The other grades that followed were re-structured and re-named as follows:

Apart from job groups J to N, there was another rank that belonged to the higher band which was designated as P, Q and R. These three were later renamed to:

A new grading system was implemented following the job evaluation exercise carried out by the Salaries and Remuneration Commission. The designation codes for each category are listed below. The grading system gave teachers access to new job groups.

The Teachers Service Commission will list the salary increases for various teachers according to their job groups for both primary and secondary school tutors, according to the TSC salary circular that was just released. The new pay scale for Kenyan teachers will apply to the job groups H, J, K, L, M, and N.

According to the TSC CBA implementation schedule, the three-phase cycle has been in effect since the Collective Bargaining Agreement was signed in 2016 and is currently in its third phase.

Along with extending the TSC compensation scale for teachers in scales 13, 12, and 9, the commission also updated some of the allowances, including commuter, hardship, and annual leave. However, there will be no changes to any of the other subsidies.