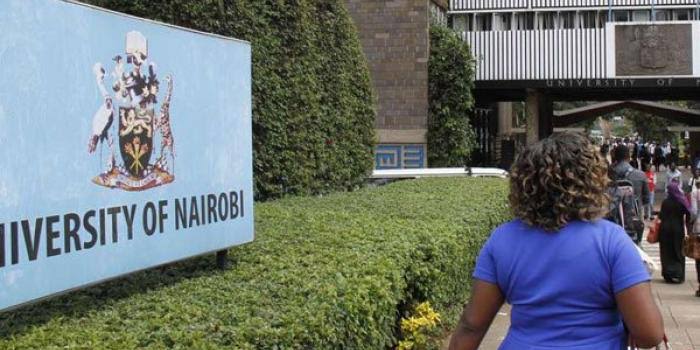 Families of thousands of students admitted to the University of Nairobi are now bearing the brunt of the institution’s recent decision to hike its fees.

A report by a local publication on Monday, October 25, indicated that over 4,000 students who were admitted to the institution were yet to report.

A total of 10,971 students both on government and self-ponsored programmes received letters to join the university from the Kenya University and Colleges Central Placing Service (KUCCPS).

Out of the number, only 6,835 managed to join the institution for their first year studies in the September- December semester.

This is despite a four-week window by the institution allowing students to report with Friday, October 29, set as the deadline.

Reports indicate that the university hiked its annual fees from Ksh26,500 for government sponsored to Ksh59,000 disadvantaging a majority of students.

For self-sponsored programme, students who had initially paid a fee of Ksh275,000 was doubled to about Ksh600,000.

The increase led to uproar by University students and attracted a lawsuit from the the Kenya Medical Practitioners, Pharmacists and Dentist’s Union which was filed in June.

In recent ruling, the High Court halted the move by the University of Nairobi to increase tuition fees through a judgment delivered on Thursday, October 21.

Justice Anthony Mrima in his verdict stated the institution’s attempt to increase fees was unconstitutional hence declaring it null and void.

The ruling further established that the criteria used by the University to increase the fees through the Handbook of Fees Payment(Policy, Schedules, Guidelines & Procedures) was constitutionally infirm.

The handbook is the institution’s official publication that consolidates all important information regarding fees, and the legislative and regulatory frameworks that anchor the management of fees.

“For clarity, the 1st respondent shall continue to charge its applicable fees based on the criterion which was in place before the impugned Handbook of Fees Payment(Policy, Schedules, Guidelines & Procedures),” the ruling read.

List Of P1 Teachers Deployed to Secondary schools Per County And Their New Salaries, October 2021