The University of Nairobi (UoN) has deregistered over 30,000 inactive students in an enrolment clean-up targeting mostly those who have overstayed.

The deregistered students, who accounted for more than a third of UoN students, include those who have temporarily withdrawn and deferred studies or are serving suspension.

University Entry Grade of C+ to be Reviewed

Thousands of university students have deferred their studies for lack of fees in a period the Higher Education Loans Board (Helb) has struggled to offer loans amid reduced allocation from the Treasury.

The majority of loan applicants come from poor households and require financial support from Helb to pay for their tuition and upkeep, forcing some learners to postpone their studies.

Master’s degree courses are supposed to take two years, but many part-time postgraduate students have been unable to complete their studies within the set deadlines due to work commitments and reduced cash flow in corporate Kenya plagued by job cuts and pay freeze.

Students at the UoN are given double the number of years a programme takes, meaning those pursuing a four-year degree have up to eight years to complete studies while those enrolled for two-year courses have four years to graduate.

We started that exercise mid last year and we took through Senate the names of those who have over-stayed, those who are not active and by the time we were closing the year in December, we had expunged slightly above 30,000,” Prof Kiama told Business Daily.

“We have to ensure that we have active students. If you have not been active then we remove you from our system so that we focus on those who have registered with us and are spending their time here.”

Prof Kiama added that the move trimmed UoN’s student numbers to about 50,000 but added that the university has offered the students an opportunity for re-admission.

This means the university cut its student numbers by 37.5 percent—pushing the enrolment to an eight-year low.

The deregistered learners include those whose studentship has expired, are on expulsion and with unexplained failure to transit to the subsequent level.

Experts link the increase of inactive students, especially among postgraduate students, to reduced employment opportunities in an economy beset with layoffs.

PhD and Master’s degrees are considered a ticket to promotions but stagnant pay in corporate Kenya seeking to keep a lid on costs has derailed the pursuit of postgraduate qualifications.

The annual economic data released by the Kenya National Bureau of Statistics (KNBS) on Thursday showed the economy shed 187,300 formal jobs in the year ended June 2020, marking the first time since 2001 when some 18,300 salaried workers were struck off payrolls.

“It is deliberate and we said we have to remove you and then you have to make a commitment that you will follow through our programme so that we can keep you here,” Prof Kiama added.

“Some students register, do one course then disappear but do not say where they have gone. We are combing through the system because we need to plan for the active students.”

The deregistration of the students came amid a government decision to withhold funds for students who it said have overstayed at public universities amid funding constraints.

The State withheld an estimated Sh5 billion for students whom it said had overstayed at public universities in 2020.

The University Funding Board (UFB) — the State agency that guides allocations of student capitation — said that the varsities had failed to give updated data on the student numbers, prompting a freeze of the funds.

The government currently pays up to 80 percent of tuition fees for the students it sponsors in public universities.

The UoN’s senate in August 2020 approved the guidelines for student progression, setting the stage for deregistration of those who had breached the allowed timelines.

“The university senate, in a meeting held on 26 August 2020, approved guidelines for student progression, which were to be implemented with effect from September 2020 … These guidelines provide for termination of students, progression and deregistration,” said the memo.

Prof Kiama said that this will help trim costs as the university will allocate its limited resources only for the active students.

The university is facing cash-flow hitches that have seen it default on statutory deductions like Pay As You Earn (PAYE), NHIF, NSSF and payment of insurance premiums for its staff, with debts surpassing Sh34 billion.

The UoN had a deficit of Sh2.17 billion in the year to June, up from Sh1.62 billion a year earlier. 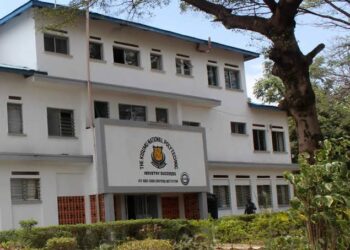 University Entry Grade of C+ to be Reviewed 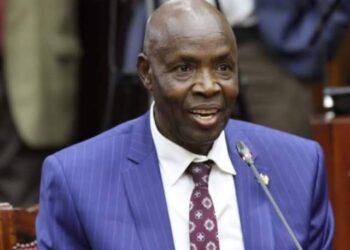 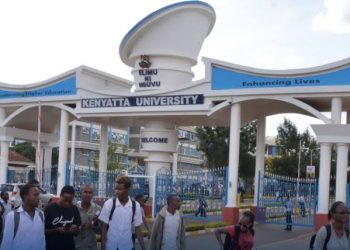 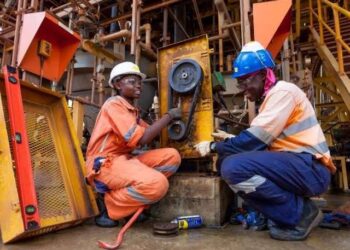