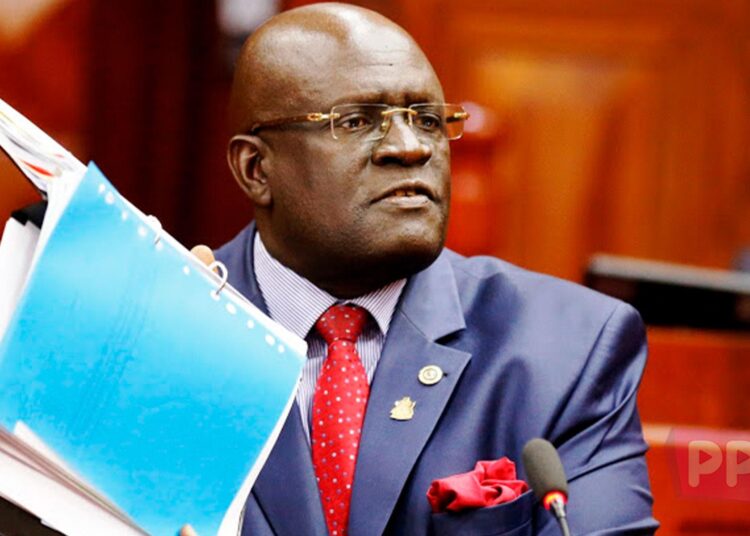 The Kenyan government is in plan to disband a crucial exams agency in a move that could  bring confusion among thousands of technical and vocational training students.

From the reports established it’s now clear that the government is dragging closer to scrapping the Technical and Vocational Education and Training Curriculum Development, Assessment and Certification Council.

The certification council, which is established under Section 44 of the TVET Act, is mandated to undertake the design and development of curricula for training institutions’ examination, assessment and competency certification.

Currently, 249,316 learners are studying in over 2,000 technical institutions. Out of these, 12 are National polytechnics, 1,146 are technical-vocational colleges, and 1,035 are vocational training centres.

Sector players who spoke questioned how the council, which is created by an Act of Parliament, would be folded without amending the law.

One official who is not authorised to speak on behalf of the government said: “The report giving details on the modalities of folding the council has been forwarded for action.”

Correspondence, however, shows that the winding-up plan started in 2014 when the government gave direction on the transfer of functions to KNEC  and KICD.

In a letter dated February 27, 2014, to then-Education Cabinet Secretary Jacob Kaimenyi, the Head of Public Service Joseph Kinyua made reference to the task force report on parastatal reforms of 2013, which developed a new policy on the management of government-owned enterprises.

“To deepen the parastatal reform process, a committee was appointed by the president to implement the new policy. The committee has made a decision that you be requested to initiate the process of transferring the mandates and functions as indicated. In this respect, you may proceed to constitute a team to coordinate the assignment in liaison with the State Corporations Advisory Committee,” said Mr Kinyua.

And on December 22, last year, Kinyua wrote to Education Cabinet Secretary George Magoha, saying that despite instructions to the Ministry of Education in 2014 to kick-start the process, progress was slow.

Sources reveal that a technical committee established by Prof Magoha to work out the modalities of folding the council has completed its work.

“The State Department has prepared the attached brief on the constitution of a committee to oversee the transfer of functions from TVETCDACC to KICD and Knec,” reads the letter dated January 5, by then TVET Principal Secretary Jwan Julius.