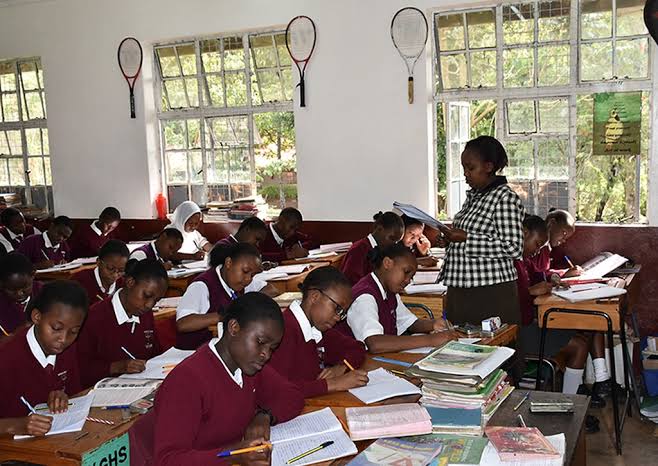 In the latest declaration,if the Kwanza government in Kenya wins the election on August 9, teacher delocalization would be ended.All this is according to DP William Ruto to Kenyan teachers.

Back since its implementation in 2018,  Kenya National Union of Teachers and the Kenya Union of Post Primary Education Teachers have opposed the delocalization strategy.

The deputy president stated that a new program that values teachers as a national resource will take the place of the current one.

He also indicated that nationalization program would be put into practice,  starting at the entrance level of employment.

On Thursday, he spoke at the Catholic University of Eastern Africa’s Kenya Kwanza Education Forum.

The DP further stated that his administration will actively assist children from underserved communities where teachers are insufficient.

In order to increase the number of instructors from those regions, we will actively offer bursaries and chances for residents of those regions, including North Eastern, to enroll in our teaching institutes and colleges.

This, according to the Deputy President, will guarantee that the project to transfer instructors from other areas to underserved districts receives incentives.

In order to alleviate the current anxiety that families and teachers are experiencing, this will promote the national nature of our teachers.

In addition, the UDA presidential candidate stated that in order to increase access to education, they will adopt a minimum essential package for schools with low enrollment.

Following the  significant deployments in April, August, and December of that year, the teacher delocalization initiative got underway in January 2018.

After numerous complaints that the transfers were severing families, TSC Chief Executive Officer Nancy Macharia stated in April 2019 that only instructors who were married to their coworkers would be exempt from the moves.

The final KUCCPS placement results for the September 2022 intake