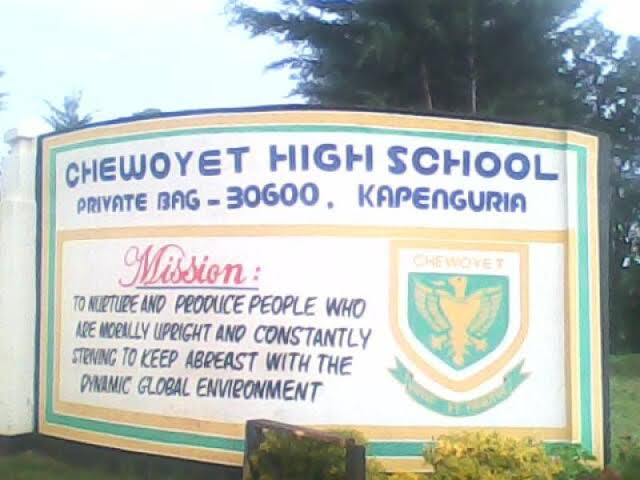 Chewoyet Boys, a National school in West Pokot, had a big setback in the 2021 Kenya Certificate of Secondary Education (KCSE) exams when three students’ results were annulled due to exam malpractices, negatively impacting the institution’s performance.

As if that wasn’t terrible enough, in the 2021 examinations, the boys-only boarding school, which was upgraded to a national institution in 2012, got 62 Ds. There were 415 students that registered.

The school, which was ranked first in the county in the 2020 KCSE, is located in Mwotot sub-location, Kapenguria location, in Kapenguria constituency, and had a mean score of 6.922, dropping from 7.068 in 2020.

Chewoyet is one of the big schools in West Pokot that have been posting good results. It was among the first two premier government schools in the North Rift region alongside Kapsabet Boys.

The site of the school, located about four kilometres from Kapenguria town, served as the first colonial court in the region where Kenya’s founding President the late Mzee Jomo Kenyatta and the Kapenguria Six were tried on April 8, 1953. The former court precincts now serve as the administration block, which also has a staff room.

School Principal Kiminisi Barasa said the candidates whose results were cancelled had been found with unwanted materials in the examination rooms.

Despite the cancellation of the results, he said, the school still emerged among the best in the county.

“Our performance is not all that bad because the results for other candidates are fairly good,” he said.

But parents, local leaders and education stakeholders expressed disappointment over the cancelled results, saying this had damaged the county’s image.

“This is a shame for such a big school. This has ruined the students’ future. We will not tolerate such acts in the school,” Barasa said.

Kapenguria MP Samuel Moroto noted that the cancelled results amounted to sabotage as they had lowered the county’s mean score.

“As a county, we had improved and our schools were doing better. The county is aiming at improving its mean score,” he said.

Mr Moroto urged headteachers in the region to ensure that no exam irregularities are committed.

“We don’t want to hear anything about exam cancelling. This kills the morale of learners and affects their future,” he said.

“We shall give out a full report on Monday,” he said.

In 2018, the KCSE exam results for Ortum Boys, St Cecilia and Chepareria Girls in West Pokot were cancelled by the Kenya National Examinations Council over cheating.

Teachers are concerned about students who are too young to start junior secondary school.