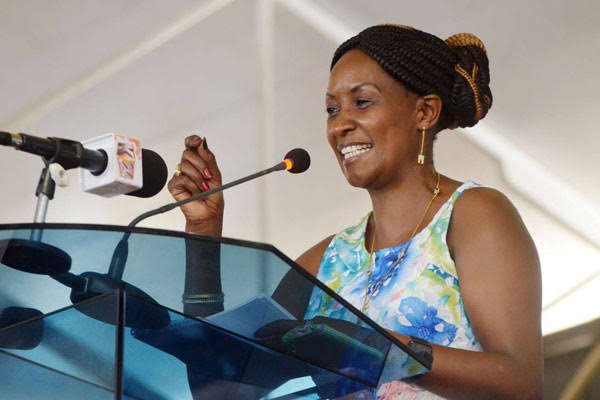 More than16, 000 teachers who were stuck with KNUT, while it was undergoing through troubles have a reason to smile after TSC honoured the promise of paying their arrears backdated to two years they missed out in the previous Collective Bargaining Agreement.

Reports indicate that the employer has started with Phase Four of the 2017-2021 CBA this August, in an effort to settle the arrears of the teachers whose pay has been backdated to two years to cover phase three and Four (2019 and 2020) of the Sh 54 billion worth of CBA.

As a result of this decision, teachers who benefited took home between Sh 81,588 to Sh 247,656 in arrears included in the August this year pay depending on the teacher’s salary points.

KNUT Secretary General Collins Oyuu has confirmed the development saying about 16, 000 teachers have started receiving their salaries arrears this August .The disbursement has started with Phase Four of the 2017-2021 CBA and phase three will follow thereafter.

He added that the arrears will be backdated two years 2019 and 2020 to the affected teachers who are drawn from Grade C1 to Grade D1.

The signing of the new 2021-2025 CBA on July 13, 2021, which required the union to review its age-old 1968 Recognition Agreement, seems to have thawed relations between the union and the teachers’ employer thus culminating in the unlocking of the payments that had been a source of bad blood between the two institutions.

“At last KNUT is breathing, teachers who remained steadfast in the union are smiling all the way to the bank. All arrears paid. Kudos new KNUT team,” said Lang’at.

According to the new CBA which has now been registered by the Employment and Labour Relation Court (ELRC) on August 27, 2021, KNUT finally agreed that union members will now be promoted in-line with Career Progression Guidelines (CPG) replacing the Scheme of Service (SoS) which was a major source of conflict between the union’s then Secretary General Wilson Sossion and TSC.

To standardize the terms and conditions of service and align the grading structure with the Job Evaluation results of 2016, parties hereby mutually agree to replace the Scheme of Service for Teachers and to formally adopt the provisions of the Career Progression Guidelines as per employer’s Circular No.7 of 2018 dated May 2, 2018.

At the same time, some of the teachers will also be promoted according to the CPG after they missed out on the opportunity when the rest of their colleagues were moved up during the implementation of the CBA.

The court case, filed by the TSC marked the beginning of the pay discrepancies and though the ruling on July 12, 2019 by Labour Relations Judge Justice Bryam Ongaya in the ELRC largely favoured KNUT, TSC tactically implemented the verdict in order to disadvantage KNUT members by then.

According to the Commission, the judgment of the ELRC necessitated preparation of two parallel payrolls within very tight timeliness in order to comply with the Court ruling without disadvantaging teachers who are not KNUT members.

The payroll for teachers who were not members of KNUT factored in the implementation of Phase Three of the CBA which fell due on July 1, 2019 whereby their July payslips reflected the payrise as per the CBA.

The payroll for KNUT members didn’t factor in Phase three of the CBA by the time because the Court ordered that their terms be based on the Schemes of Service and not CPG, which to a large extent affected some 103,624 teachers who included Head teachers, Deputy Head teachers and Senior teachers.

This led to KNUT members losing all the benefits embedded in the CPG as an implementation tool for the CBA. In addition, reversal of grades and full recovery of the previously enhanced salaries and allowances since July 1, 2017 was effected by the Commission.In search of a share of promotions and pay rise, the teachers started to move out of KNUT.

In July last year, some 47,131 teachers who either belonged to KUPPET or were non-unionised and who were in job group B5 were promoted by the Commission to job group C1 using the TSC’s CPG.