Review should aim at improving and not scrapping new syllabus 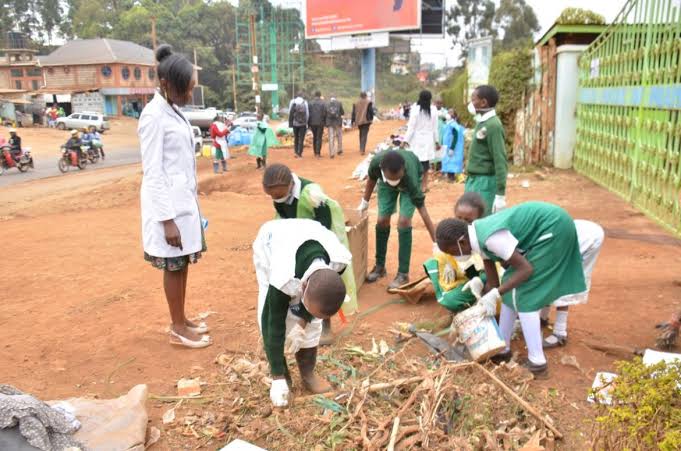 The national conversation surrounding the Competency-Based Curriculum (CBC) suggests that public anxiety over the state of our education is at an all-time high.

It has been said that the Kenya Kwanza government’s position on the CBC will be influenced by public views, but this has not stopped ongoing discussion regarding the prospect of returning to the 8-4-4 system.

The possibility of undoing the progress made since the introduction of the CBC in 2017 is what has education stakeholders uneasy.

The goal of education globally has historically changed in response to societal demands. The fundamental goals of education have included everything from teaching young people about religious beliefs to training them to live in a democracy, absorbing immigrants into society, and preparing workers for the industrialised workplace.

Here, as teachers prepare young people for their futures in a world that is rapidly changing, what is the goal? To create adults who can compete in a global economy? To create lifelong learners? To create emotionally healthy adults who can engage in meaningful relationships? Yes.

8-4-4’s inefficiencies served as the catalyst for the present reform effort. On several levels, the system was defective and burdensome for both teachers and students. High teacher-learner ratios, lack of teaching and learning resources, socioeconomic factors, and teachers who were underprepared due to inadequate training were all identified as barriers to the success of 8-4-4.

In recent years, 8-4-4’s flaws led to over half a million learners missing out annually when it comes to securing government-sponsored university slots.

Data released by the Ministry of Education early this year indicated that 563,479 students who sat for the Kenya Certificate of Secondary Examination – the university entry-level test – had to seek self-sponsored places in technical and vocational education and training institutions.

In comparison, the new curriculum brings a major shift in the education sector. The proposals in the new system are a positive move towards developing a holistic individual who is vast in theory and application at the same time.

Competency-based learning refers to the idea that students become competent in whatever they learn and can apply it. Being competent does not imply being an expert in a field. Rather, it indicates that one has attained the practical skills and knowledge required to perform the task or provide service to an industry – and customer- of acceptable quality.

Kenya Women Teachers Association (KEWOTA) reaffirms its support for education reforms because they afford our country an opportunity to revisit, revise and appraise our education system and curriculum periodically. Our position is informed by the fact that teachers are the unsung heroes of our society and represent hope for Kenya’s future as a nation.

Given the emerging challenges, it is inevitable to incorporate CBC into teacher education programmes to improve pedagogical abilities and subject-matter expertise.

Schools provide a stimulating and supportive environment for child development; they teach students the skills needed to participate in social, political and economic life and they help to mitigate historical and systemic socio-economic inequality.

We call upon the government to send a message to the education stakeholders that they are “in the same team, in the same boat, facing the same fate”.

I believe that a reform process led by experts, based on evidence, and insulated from political interference will improve CBC. If the process is sound, the outcome will be too.

Beginning with the curriculum overhaul in 1985, the Koech Report in 1999, the government’s creation of the working party on education and training for the following decade and beyond in 1988, and most recently the implementation of the Totally Integrated Quality Education and Training (TIQET) in 2013, the long-held vision is that each generation would leave a better education system for the next. Will this generation be the one that drops the ball? Let’s hope not.