Prior to the CBC review, Principals make six demands to President Ruto 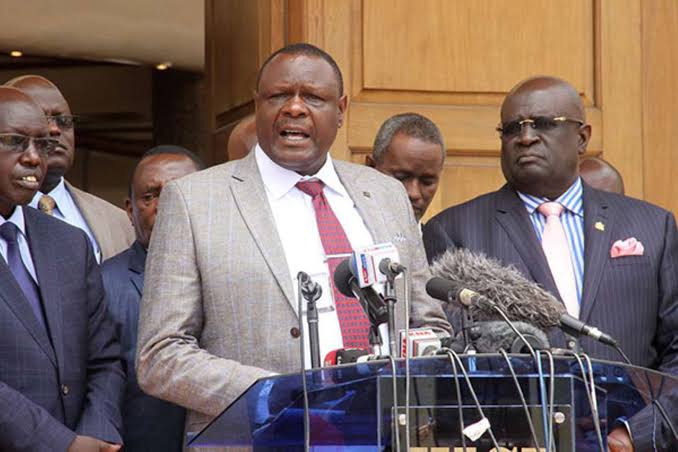 The CBC structure, quality control, and curriculum interpretation and execution are among areas where headteachers look for assurance.

“We have a transition to go through and it might take a year to create a task group at this time. Perhaps a working group would be necessary to address a few issues with CBC implementation, “In an interview with Citizen TV, Kahi said.

The major issue, however, that principals are wary of is the time needed to implement CBC changes raised by the task force Ruto formed to review the curriculum. The time frame, Kahi argued, does not allow a complete system overhaul, especially with the first class expected to transition in January 2023.

He advised Ruto’s government to prioritise the grey areas listed by school heads to end confusion.

Kahi added that a hasty decision may water down the progress made and create a crisis ahead of the next academic year.

“The CBC curriculum is good. CBC requires us to identify competencies, nurture these competencies and allow children to pick the various pathways,” he stated.

“CBC is more child-centred as opposed to teacher centred. 8-4-4 is a structure of education,” he added.

According to the system, learners will then spend a minimum of three years in institutions of higher learning.

President William Ruto promised to review the education system to fit the country’s current market demands and cushion parents from the high costs associated with it.

In a bid to convince the President against scrapping CBC, the outgoing Education Cabinet Secretary, George Magoha, explained that it was critical to equip the latest crop of learners with knowledge and the capacity to learn and relearn.

He maintained that CBC was key to addressing the current economic challenges while underscoring pressure to scrap it.

“The current environment is radically different from what the 8-4-4 system of education was created to respond to. We are now in a knowledge-based society faced with constantly changing challenges, constraints and opportunities.

“This needs a new kind of education,” Magoha stated in a bulletin published by the Ministry of Education.

Reforms Parents and Teachers want for the CBC