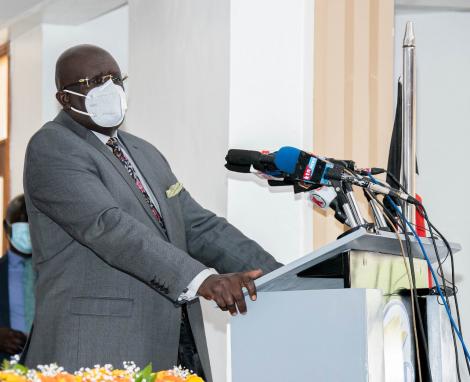 Secondary school principals have lost purse-string powers in building 11,600 classrooms to help double entry of students into secondary school in 2023.

The classes will cost an average of Sh800,000 and construction is expected to be completed by April of 2022.

According to the Ministry of Education, the cost of the first phase will be $ 8.1 billion.

Contrary to the tradition where school heads are given money to build classrooms, the Ministry of Education has centralized the project and will be responsible for contracting and paying for construction.

In the project, regional and county directors of education will be responsible for identifying contractors and overseeing construction practice.

On the other hand, the head will oversee the construction at the school level.

Education Cabinet Secretary George Magoha said on Wednesday that funds would be sent directly to contractors upon completion of the project.

Matiangi was speaking on the creation of merit-based curriculum classes during the county teams national brief at the Kenya School of Government on Wednesday.

The classes are part of a stimulus package announced by President Uhuru Kenyatta during Mashuja Day celebrations.

However, with some critics arguing that the cost of classes took the highlight of the practice, it is a bit too low.

However, Magoha and Matiangi on Wednesday justified the budget, warning on rigging in the construction of classrooms.

Both highlighted that the cost of building classrooms has been exaggerated in the past, despite the paucity of resources to carry out the ceremony.

“I cannot stress enough the need for the cost-effectiveness of the project… it is important to ensure that the funds provided are used well, without any misuse,” Matiangi said.

He further warned of strict action against those who misuse the project resources.

“I have empowered you (regional and county directors) to stop or sack a chief who messed with this project,” Matiangai said.

Under the project, the successful bidders will have to prove the competence of at least half the amount required to complete the project.

For example, if a school is building a classroom, the bidder must have at least Rs 400,000.

They will also have to provide proof of completed projects of similar nature.

The first CBC group moved to Junior Secondary School in 2023. In the first year of the new curriculum in secondary school, the institution’s student population is expected to double.

This is due to the double intake of the CBC class and the 8–4–4 cohort.

Upon transition, the secondary school population will affect an estimated 5.56 million learners. 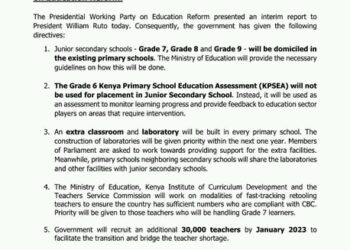 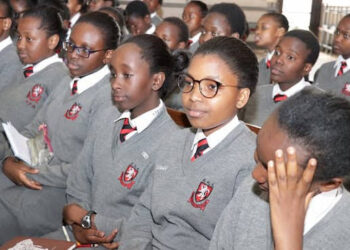