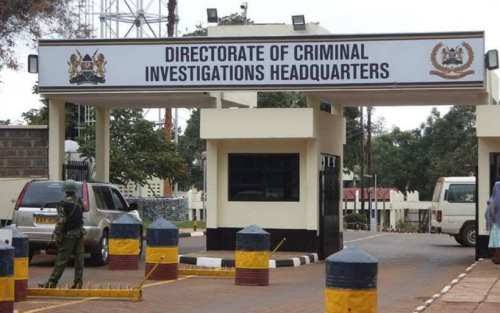 “In exercise of the powers conferred by section 30 of National Police Service Act,2011, William Ruto, President of the Republic of Kenya and Commander in chief of the Defense Forces appoint Amin Mohamed Ibrahim to be the Director, Directorate of Criminal Investigations (DCI),” the special notice read in part.

Before his appointment, Amin served as the Head of the Internal Affairs Unit (IAU).

“He spoke with us this morning and was excited at the opportunity to serve the country. We wish him all the best,” the source at IAU stated.

Ibrahim was among the 10 candidates who were shortlisted by the National Police Service Commission (NPSC) to take up that position.

Others who were shortlisted included

“The 10 candidates, each of whom seek to fill the vacant position left by former DCI Director George Kinoti, CBS, have been invited for interviews and vetting on Tuesday, October 11, 2022, at Kenya School of Government, lower Kabete in Nairobi,” announced NPSC.

Gov’t to Pay 80% of Fees for State-Sponsored Students, Exclude those from Wealthy Families