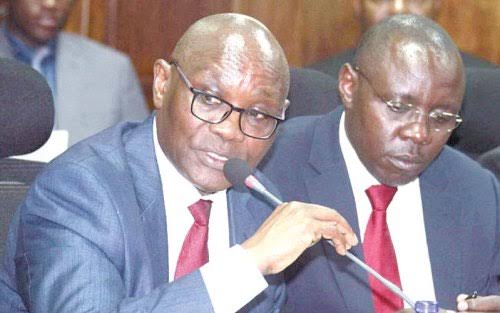 Ongwae, along with other Kisii and Nyamira county leaders, met with President-elect William Ruto at his Karen home for “partnership” talks on September 9, 2022.

John Matundura, head of the Abagusii Council of Elders, and Chris Obure, former chief administrative secretary of the Transport Department, were also there.

“We have had a fruitful meeting with the President-elect and told him that we are ready to work with him and support his government,” Ongwae told a local daily.

The community “is eager to cooperate with the President-elect,” he said.

Ongwae and Ong’era were key allies of ODM party leader Raila Odinga, who took a leading role in the former prime minister’s presidential campaigns in the Kisii region in the just concluded elections. The election victory of Ruto has seen an increasing number of politicians switch to his side.

Raila, who has had unwavering support in the Kisii area for decades, has been dealt a blow by the leaders’ departure to Kenya Kwanza.

Raila’s attempt to invalidate Ruto’s election at the Supreme Court was unsuccessful, therefore the mass defections occur days after that.

On Monday, Chief Justice Martha Koome read the unanimous decision of a seven-judge bench finding that the presidential election was held in accordance with the constitution.

On Tuesday, September 13, the newly elected President will be sworn into office.