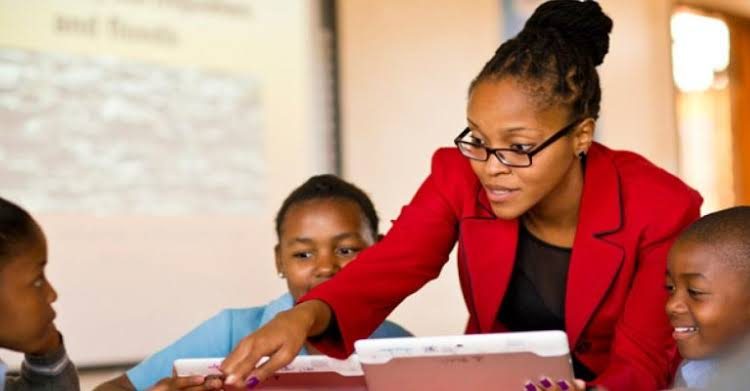 Tomorrow will mark the start of the 2022 school year’s second term, which is sure to be difficult for students, teachers, and parents as the pandemic’s impacts continue to have an impact on basic education for the third year in a row.

Traditionally, the second term is one of the longest and busiest in the Kenyan school calendar.

It is usually covered in 14 weeks but is now scheduled to take 10 weeks only.

However, learners will ideally spend only nine weeks in class. 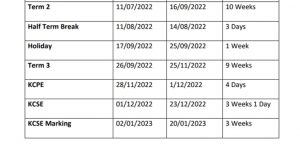 One week will be lost as schools will break for half term between August 6 and 13 to allow for the General Election that will take place on August 9.

Most public schools are used as polling stations and tallying centres by the Independent Electoral and Boundaries Commission (IEBC).

Learners will lose more class time if there is a runoff in the presidential election since they will be forced to close school again for a repeat election.

The same would happen if the election is nullified by the Supreme Court like it happened in 2017.

The term is scheduled to end on September 16 when schools will break for one week before opening for the last term of the year on September 26, 2022.

Learners in Grade 6 will also be preparing for the inaugural Kenya Primary Education Assessment in November.

This is the first time the assessment will be undertaken since the introduction of the competency-based curriculum.

Term Two also happens to have most of the co-curricular competitions like ball games and music.

Learners have, however, had to do without co-curricular activities since the disruption by the pandemic.

Although the government has relaxed restrictions on interactions, the congested programme will not allow for the resumption of the competitions just yet.

Since last year, parents have been under pressure to pay fees, with four school terms squeezed in 2021 and 2022 each to make up for the time lost to the pandemic.

It will be the third term they will be paying school fees since January, yet there is still one more term before the year ends.

It has particularly been difficult for them as inflation continues to rise and with it, the cost of living

As parents struggle to pay fees, head teachers and principals have warned that they will struggle to manage the schools if the government does not wire them money early enough.

This is because many of them have accumulated huge debts and yet parents also owe colossal fees arrears.

Since last year, the government has been disbursing the capitation money in four tranches instead of the usual three.

The school managers’ situation has been compounded by the high cost of items although they cannot raise school fees mid-year.

Most food items, fuel and other supplies are currently selling at significantly higher prices than they were when schools drew their budgets and charged fees at the beginning of the year.

Prices for some food items like maize and beans have more than doubled in the past six months.

According to the principal secretary for Basic Education, the government is working on a plan for schools to buy food directly from the National Cereals and Produce Board instead of the open market, following a request by the Kenya Secondary Schools Heads Association.

TSC Reserves 5% of the Recruitment slots For teachers with Disabilities