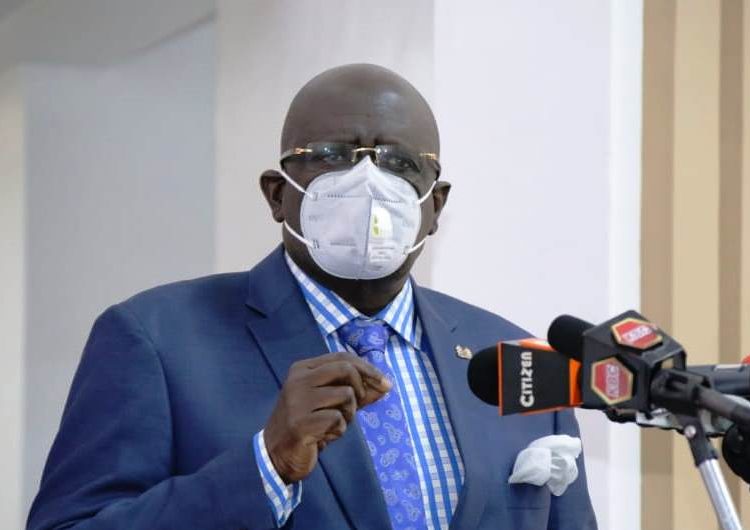 Following the Ministry of Education’s latest announcement directing all schools to reopen on Monday, August 15, learners across Kenya, especially those preparing for the 2022 KPSEA, KCPE, and KCSE, have now suffered a setback.

The majority of Kenya’s schools are currently serving as polling places for the country’s general elections, which was held on August 9th.

All students had initially been told to take a midterm break on Tuesday and return the Tomorrow, Thursday 11th August 2022.

Speaking at Juja Farm, Kiambu County after commissioning CBC classrooms at Gathiru-ini Secondary School, Prof Magoha noted that the initial Thursday, August 11, date was subject to change depending on the outcome of the election.

The CS, however, assured parents not to worry about their children’s safety as the government would keep an eye on the elections and issue adjustments on a need basis.

Assuming everything else is constant, the children would have gone back to school on Thursday, August 11. However, Magoha Has Confirmed that schools will be opened on Monday 15th Since the presidential results will take long to be announced based on what has been witnessed today.

“For the love of our children, if we feel that they should stay home for one or two more days, we will then pronounce ourselves at that time. The public should not be worried at all because we will be on the watch,” he stated.

The CS stated that the students had suffered a lot after a nine-month hiatus caused by the pandemic and hence there was no need for a further extension unless a directive is issued by the government.

“We hope the political environment will be peaceful after the elections so that schools may reopen from the midterm break as projected. Our children have been disrupted for a long by the pandemic and there is no need for further disruptions,” he added.

The CS had initially ordered all schools to be closed on Tuesday, August 2, to allow the Independent Electoral and Boundaries Commission – IEBC to use some of the classrooms as polling stations in the General Election.

“Therefore, following further consultations, I hereby convey the Government’s decision on the immediate closure of all Basic Education institutions with effect from Tuesday, August 2, 2022, until Wednesday, August 10, 2022, to ensure that preparations and conduct of the upcoming elections are carried out seamlessly.”

“Schools and Parents are advised to ensure that learners from all Basic Education institutions proceed on their half-term break effective Tuesday, August 2, 2022, and resume on Monday, August 15th, 2022,” Magoha noted.