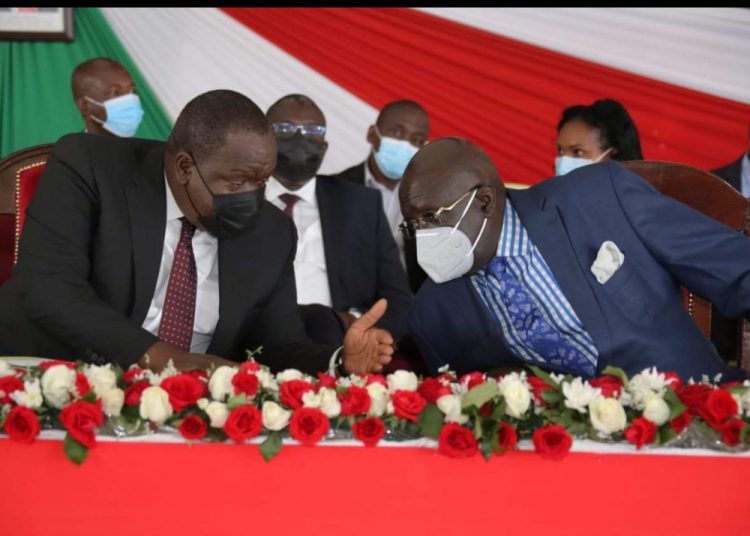 The Ministry of Education has today Thursday, May 4,  moved to cap school principals’ powers in form one admission and the sale of slots to students who fail to report to their respective schools.

Basic Education Principal Secretary Dr Julius Jwan stated in a circular to school heads that the ministry will have the last say on declaring the admission process closed.

This means that students will have more days in reporting to school days after May 10, the final reporting day, in accordance with the government’s goal of ensuring 100 percent reporting for a complete transition.

“Because of the 100 per cent transition, schools shall not replace any student who fails to turn up until the Cabinet Secretary – Ministry of Education declares the exercise over,” read the letter in part.

Cs Magoha  emphasized that students who were beneficiaries of the state’s Elimu Scholarships should have their places reserved until they reported to school.

In addition, PS Jwan directed that school heads submit daily reports on admissions to the County Directors of Education using a template provided by the ministry. In addition, this information must be uploaded to the education database.

“The details of the students who have reported should be uploaded in the National Education Management Information System (NEMIS) portal,” the statement by the PS reiterated.

On May 4, Magoha, while responding to concerns raised by administrators on the capacity of schools ahead of Form One admission, directed that no school should turn away any student on the basis of infrastructure.

“The child is a Government child. Who are you to start saying that there is no space in the school? If there is no space, do you think we are unable to create space,” the Education boss noted.

Yesterday while  inspecting the Form 1 admission process at Nyeri High School Cs Magoha reiterated that no student should be sent home due to lack of school uniform.

According to President Uhuru Kenyatta’s directives, student admissions should be conducted equitably with the goal of providing equal opportunity to all students.

If a student hails from a low-income family and receives a government scholarship, the school should provide uniforms and deduct the cost from the student’s account, according to Magoha.

“There is too much talk about these uniforms that is not necessary and as long as the child has arrived in school do not send them back home. The policy of President Uhuru Kenyatta’s government is that every child must be at school,” said Magoha.

“And if you have a completely indigent child who is from a very poor background, who is definitely going to get a scholarship, they should be admitted, if you have any uniform in the school you should give it so that when the money comes it will be deducted.”

Magoha  also urged county and regional administrators to use fair criteria when awarding scholarships to students, emphasizing that those who cannot afford to pay for their high school education should be given priority.

After five years of service, TSC allows delocalized teachers to Transfer Back home.