Magoha issues Form 1 Selection Guidelines as the KCSE Exams come to an end. 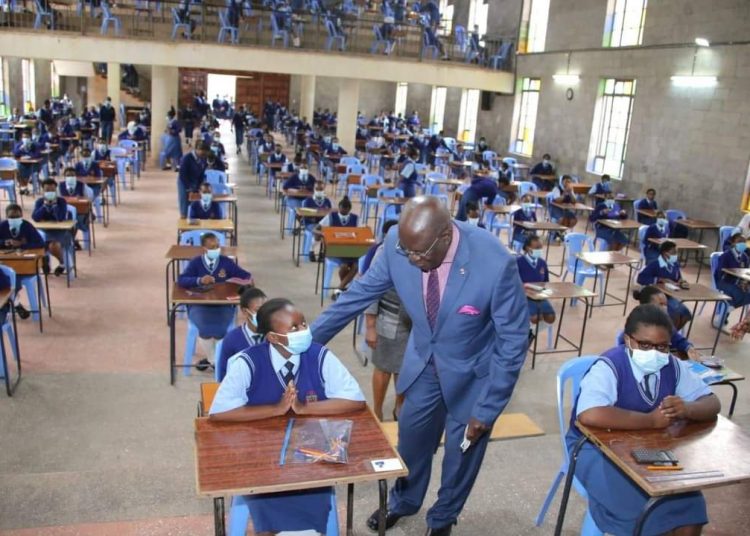 Today is the last day of the Kenya Certificate of Secondary Education (KCSE) exams. Physics practicals will conclude the exams, which will begin at 8:00 a.m. and end at 10:30 a.m.

At the same time, Education Cabinet Secretary Prof. George Magoha has promised that Form One placement will be fair.

He stated that affirmative action and geographic distribution will be included in the selection criteria.

Learners who took the KCPE exam in 2021 will be placed in national, extra county, county, and sub-county schools as part of the process, which is currently underway.

“Affirmative action will take into account the country’s geographical distribution.” The northern region’s children must be represented in national schools. God and the government have given us the authority to do so,” Magoha explained.

Magoha said the selection criteria will not discriminate against high-achieving students, especially those from slums and desert and semi-arid areas, while speaking on the sidelines of a Surgical Society of Kenya meeting in Mombasa.

“We will ensure that all children, especially those in slums and those in far-flung dry and semi-arid places where we have long had affirmative action, are treated equally, fairly, and justly,” added the CS.

He went on to say that if possible, all 1.2 million candidates who took the exam will be placed in the secondary schools of their choice. “Merit will triumph where the chances are few.”

“In terms of your selection, we’ll put you where you belong.” He went on to say, “There will be no interference at all.”

Four national, three extra-county, two county, and two sub-county schools were chosen by the students. In two weeks, they will know which schools they have been assigned to.

As the country prepares to implement the new Grade 7 curriculum, the CS has urged private schools to open junior secondary schools to relieve the government’s burden.

“Private school operators should consider more than just the profit margin. To relieve the load on us, they should establish stand-alone junior secondary schools,” Magoha remarked.

Due to the relaxation of Covid rules, he stated that secondary school games could return next term.

“I’ll talk with the Health Minister, and most likely, as we start the new year, we’ll be able to ease that element,” Magoha added.

Those who try to compromise exam integrity during the ongoing Kenya Certificate of Secondary Education (KCSE) will be penalized, he warned.

KISE Is Hiring SNE Teachers For A Diploma In-Service Course