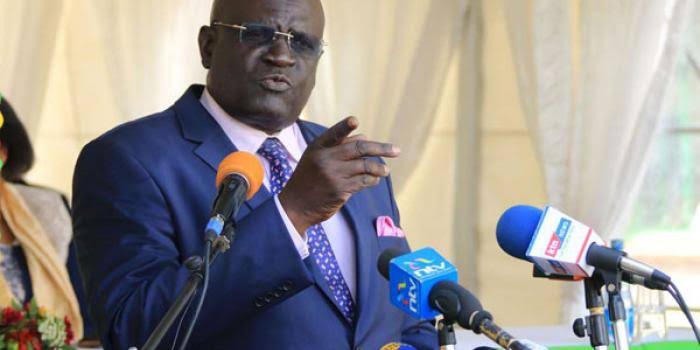 The government plans to construct more than 10,000 classrooms ahead of transition of learners from primary to Junior secondary schools in 2023.

On 20th October 2021,President Uhuru Kenyatta directed the National Treasury to set aside Sh8.1 Billion for the project to support the primary to secondary school shift in the Competence – Based Curriculum (CBC).

“Ministry of Education, jointly with Ministry of Interior and the National Treasury, shall establish a framework for the construction of the over 10,000 classrooms needed to provide the additional learning space required for the one million new students set to join junior secondary,” said Uhuru in his Mashujaa Day speech.

According to a circular from Education Cabinet Secretary Prof George Magoha ,the national treasury has availed ksh 4 Billion to the Ministry of Education to commence the first phase of the CBC school infrastructure development programme.

Ministry of Education has further affirmed  that plans are underway to ensure all secondary schools in the country accommodate Junior Secondary Schools (JSS) as learners prepare to transition from grade six to seven in January 2023 under the  Competency Based Curriculum (CBC).

Speaking yesterday on the sidelines of the third Kenya Institute of Special Education (KISE) national conference in Nairobi ,Implementation of Curriculum Reforms Principal Secretary professor Fatuma Chege said this is part of the government strategy to ensure resource optimisation in implementation of CBC.

An assessment by MoE revealed that some secondary schools already have excess classrooms and as such resources will be channelled towards other deserving learning institutions.

“The expansion of infrastructure is underway and has excluded those with surplus facilities. We have schools that historically have had a deficit and children are crammed into one classroom, so those are priorities in expansion. Those that have enough classrooms but will need JSS in 2023 are also a priority,” she said.

The move is expected to address the classroom deficit in public secondary schools in turn facilitating a smooth transition of CBC grade 6 learners to Junior secondary in January 2023.

Speaking during this year’s Mashujaa day celebrations, President Uhuru Kenyatta had directed the National Treasury to avail Sh8.1 billion towards the construction of 10,000 classrooms in secondary school.

Together with additional Sh1.2 billion from the Ministry of Education infrastructure fund .The ministry is will fully facilitate the construction of 6,500 classrooms in 6,371 secondary schools across the country.

LIST OF  SCHOOLS THAT WILL HOST JUNIOR SECONDARY CLASSES IN 2023