List Of P1 Teachers Deployed to Secondary schools Per County And Their New Salaries, October 2021

At least 6,347 primary school teachers have a degree with C+ at KCSE and C+ in the two teaching subjects as of July 2020 hence qualify to teach in current secondary schools.

The Teachers Service Commission (TSC) has released a list of teachers who have been deployed to secondary schools in 2021.

The deployment lists have been arranged per county and feature the deployed teachers’ names, TSC Numbers, and current working stations. Also shown are the new working stations plus the subjects.

According to the Commission, at the same time dispatched deployment letters to the teachers. The lucky teachers have been promoted to secondary school teacher II (T-Scale 7) and will now earn a monthly basic pay of between 34,955 shillings and 43,694 shillings plus allowances. 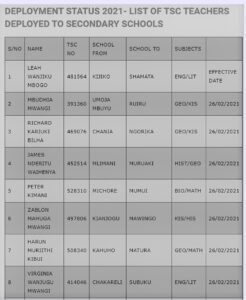 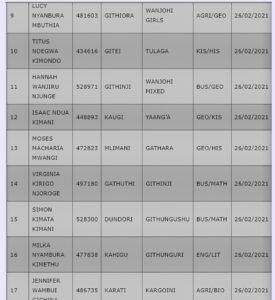 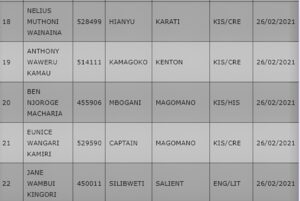 Required Documents and Selection panel
In the month of October, TSC released more letters for PTE teachers who graduated with a Bachelor’s in Education to start teaching their new subject areas. Some teachers have started receiving their letters of promotion after waiting for a long time.

Despite teachers meeting, the most requirements for deployment, TSC has emphasized teachers meeting the minimum units required for one to be eligible to teach in high school.

In July 2021 TSC advertised for another 1,000 deployment vacancies for practicing primary school teachers to apply.

There have been calls for TSC to increase the number of teachers it deploys every year as well as make public the number it deploys in each county after complaints from a section of teachers that their counties are sidelined by only getting a few slots during the exercise.

TSC was hard-pressed to issue its report on the status of preparedness ahead of Competency-Based Curriculum transition classes and the looming double intake in 2023.