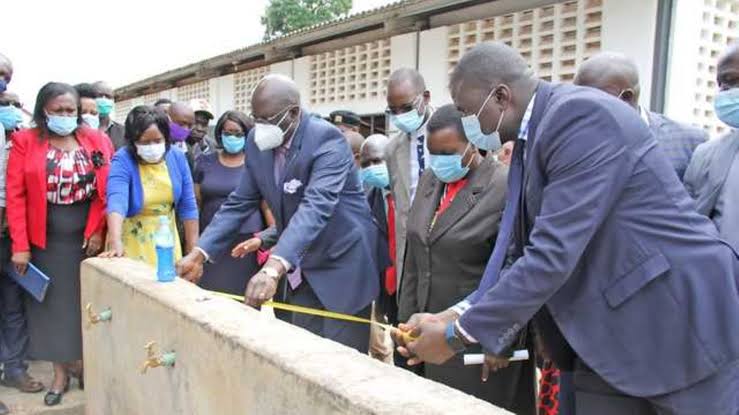 Prior to the implementation of Grade Seven next year, students in Grade Six will starting this week begin choosing their preferred junior secondary schools.

The Junior Secondary Schools (JSS) selection portal was launched on August 15 and will be accessible till August 30, according to the Kenya National Examinations Council (Knec).

Although the schools have not yet reopened, Knec Chief Executive Officer David Njeng’ere yesterday indicated that students were free to begin choosing their chosen secondary institutions.

Learners, with the help of their school heads and teachers, are required to log into the portal, go to ‘Grade Six register’ and select their preferred schools.

The criterion is the same as that used in the selection of Form One places by Standard Eight learners.

Students whose parents are required to pay the tuition at these privately held institutions will have access to registered private secondary schools.

The ministry has so far identified 2,300 public primary schools that house junior secondary students and are located on the same property as secondary schools.

By January of the following year, the government anticipates that private schools would build more than 5,000 junior secondary school-level classrooms.

In order to allow capable and willing parents to send their children to the schools, private school owners have also been urged to create separate JSS units.

By the end of the month, an additional 3,500 tasks should be finished.

“Learners, in consultation with their parents and teachers, will be given an opportunity to select a public or private secondary school of their choice for their JSS education. Parents shall meet the cost of learning in private schools as is the usual practice,” said Prof Magoha.

Since then, some privately managed primary schools have urged students to enroll there and reassured parents that they will provide the JSS curriculum.

The results of the Kenya Primary School Education Assessment will be used as a guide for the transition from Grade Six to JSS (KPSEA).

The final evaluation for leaners is scheduled to take place from November 28 to November 30.

40% of the students’ final score will come from the summative assessment. Assessments done in schools will be used to determine the learners’ 60% score.

On July 18 and ending on September 9, the last grade six test was scheduled to take place. Nevertheless, given the two-week

According to Prof. Magoha, the Education Ministry and Knec have developed structures to guarantee that students are placed in secondary schools based on their performance in the KPSEA, equity, their choice after consulting with their parents and teachers, as well as the institution’s declared capacity.

According to the instructions given by Prof. Magoha, schools are expected to reopen on Thursday.

To ensure that students in Standard Eight, Form Four, and Grade Six are adequately prepared for their national exams, which are slated for November, school administrators and labor groups have advocated for a change in the school calendar