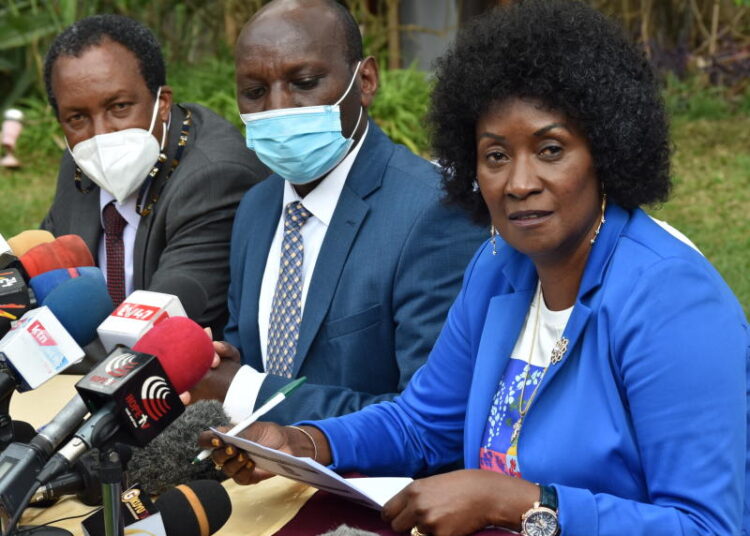 The Commission list shows some 64 teachers have been deregistered for various disciplinary cases while some forged academic documents during recruitment.

Teachers Service Commission (TSC) data shows that 38 tutors have been struck off teachers roll during this month alone.

The commission chief executive Nancy Macharia said the teachers were removed from from roll and deregistered following disciplinary process.

Another 26 teachers were sacked and removed from the roll for presenting forged certificates during the just ended recruitment process. This means that those who failed disciplinary cases may have engaged in canal knowledge with their students

According to the TSC data, in the last three years, Siaya and Murang’a counties had the highest number of teachers accused of defilement.

Each of the two counties recorded 16 cases. Nakuru came third with 15 defilement cases followed by Kakamega with 13, Busia and Kitui each with 12, and Homa Bay with 11 cases. Vihiga, Narok, Meru and Bungoma counties each had 10 defilement cases, according to TSC.

Other counties with a high number of defilement cases are Machakos with nine, Kirinyaga and Makueni with eight each while Kiambu, Kisii, Migori and Kisumu each recorded seven cases.

Nyandarua, Tharaka Nithi and Kilifi followed with six while Embu had five cases.

TSC data also shows that the highest number of sexual harassment cases was recorded in 2019 with 124 teachers being sacked and deregistered.

Overall, 485 teachers have been deregistered by the TSC for engaging in unethical behaviour, including engaging in sex with minors since 2015.

In the gazette notice, Dr Macharia cited Section 30 (1) (e) of the TSC Act. “The Commission wishes to notify the public that the persons whose names are specified in the schedule herein have been removed from the Register of teachers pursuant to the provisions of section 30 (2) of the TSC Act,” said Dr Macharia.

The sections provide that where the name of any teacher is removed from the register under the TSC Act, such a name shall not be reinstated except by direction of the Commission.

It also says that a teacher whose name has been removed from the register shall cease to be a teacher for purposes of the Act, with effect from such a date of removal.

TSC report shows that both cases of teachers who forged certificates and those whose have failed various disciplinary cases were determined on March 11, 2022.

This also means that neither of the teachers will engage in the teaching service unless such a person is registered as a teacher under the TS Act.

Dr Macharia also made reference to Regulations 18 (1) (c) and (d) of the TSC code of regulations, read together with Section 45 of TSC Act.  “Any person who suffers or permits or employs in any school a person not being a registered teacher shall be guilty of an offence and eligible to a fine not less than Sh100,000 or to imprisonment for a term not exceeding two years or both.

In an earlier statement, Macharia faulted school heads for covering up the vices committed by their staff. “We must report these cases for action to be taken. These are criminal acts that can be followed up and we plead with you to report these cases and avoid cover ups,” said Macharia