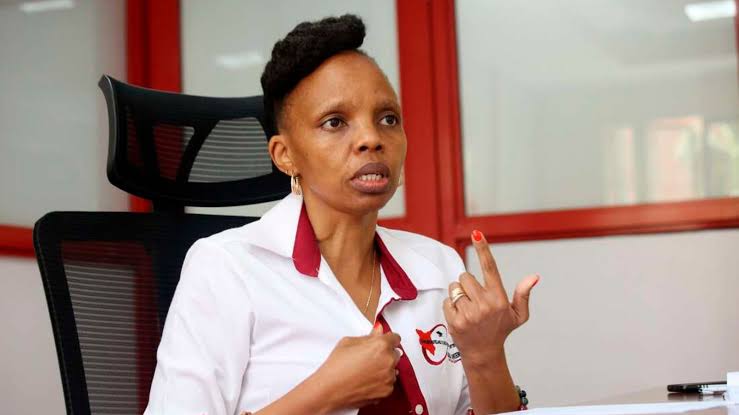 The Kenya Universities and Colleges Central Placement Service (KUCCPS) has denied claims that it has increased university entry points for the 2022 KCSE exam.

The placement institution issued the warning after multiple social media users reported that KUCCPS had changed the university entry standard from C+ to B plain and that only male students with 62 points and above and female students with 61 points would be admitted to universities.

KUCCPS has refuted the accusations on their official Twitter account and cautioned the public to be wary of misleading information flowing online.

“Beware of false information circulating in online forums. “Information on student placement will be communicated officially through this page, the KUCCPS website, and official social media pages,” KUCCPS tweeted. 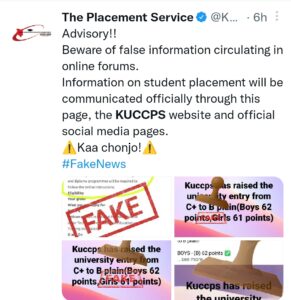 This is not the first time that incorrect information about university admissions has spread on social media. Similar allegations have been refuted in recent years, according to KUCCPS.

The organization has asked the public to check material before sharing it on social media and to seek reliable information from official sources. 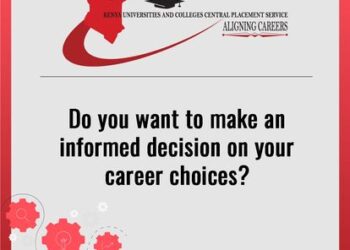 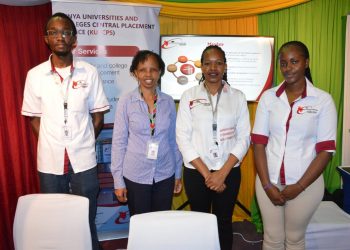 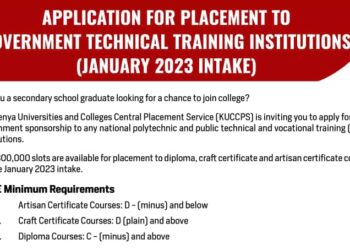 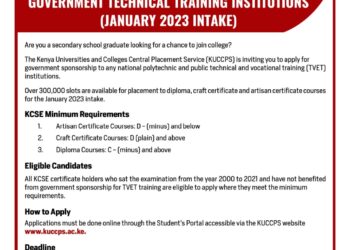