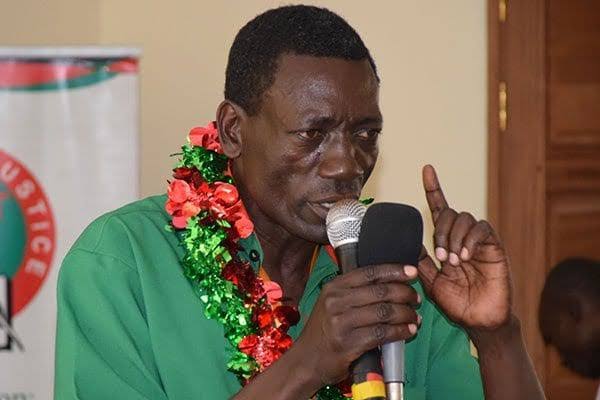 A ‘rebel’ group has emerged within the Teachers’ Union (Knut) and that of the High School and College Teachers (Kuppet) which now wants the union leaders to resign. The group, led by Ms Martha Omollo, claims that Kuppet and Knut leaders have failed to defend the interests of teachers.

The ‘rebel’ teachers say that General Secretary Knut Collins Oyuu and his colleague Kuppet Akelo Misori are collaborating with the government to ‘harass’ teachers by demanding that they return to college for compulsory training at Sh6,000 a year. “Kuppet leaders who have ventured into politics to resign. The leaders are Mr Omboko Milemba who is now the Emuhaya MP, Mr Ronald Tonui who is the Member of Parliament for Bomet Central and the Bungoma Women’s Representative Ms Catherine Wambilyanga, ”said Ms Omollo.

Ms Omollo was accompanied by leaders of the ‘rebel’ group, namely Mr David Mwembei, Timothy Nderitu, Ms Betty Koech and Ms Salvin Munene. The group has threatened to register the opposition if Mr Misori and Mr Oyuu and their leaders refuse to resign. The group says teachers were not consulted in the TPD.

The Teachers service Commission (TSC) has asked them to return to school to study six courses. They will be studying during holidays at some universities and one course will take a period of five years and they will pay Sh6,000 annually.

The case against the TPD plan has already been filed in court with Parliament. “All teachers employed by TSC will not return to school as we do not agree with the TPD plan,” said Ms Omollo

legislators Push for TSC split from being both an employer and a regulator, new body set up to steer training