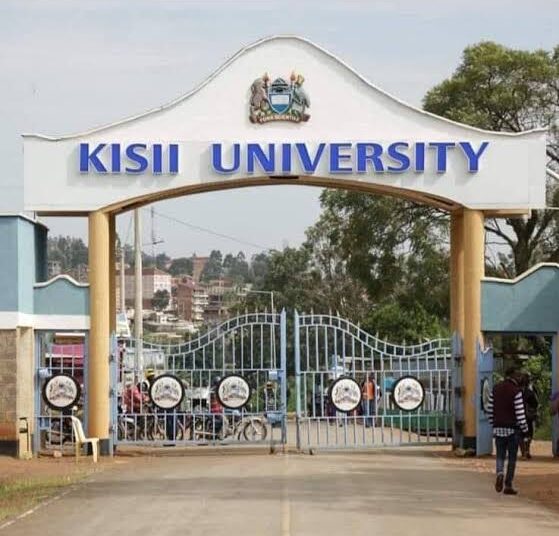 Kisii University is one of the famous tertiary institutions of learning that churn out graduates from different disciplines. The university is owned by the government and it’s located in the Nyanza region.

It’s bad news to all second-year university students in Kisii University main campus following the move taken by the university senate meeting to suspend the students for rioting in the university over the hiking of the tuition fee by over Ksh 10,000.

According to the source, it has been revealed that the students went on strike after it was determined that they were to pay an extra amount during this hard time when Covid-19 has greatly affected Kenya’s economy.

Below is the Memo: 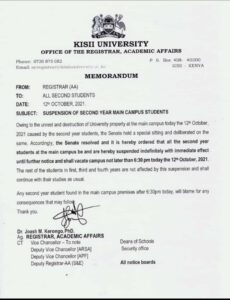