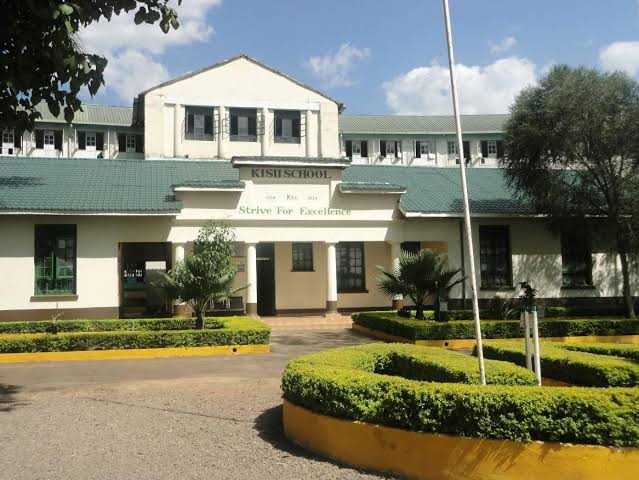 This is a boys only national public boarding secondary school located in Kisii, Kenya. The school was established in 1934 by the Young Kavirondo Association as Government African School.

Kisii school was among the other two ‘K’ schools that were started by the natives to offer quality education to students.The other two K schools are Kagumo High and Kakamega school.

The school has grown to produce students who end up as great people in the society.The school was elevated to National status in 2012

Notable alumni from the school include:

To be a global centre of excellence in youth development, effectively providing leadership and academic skills geared towards promotion of a just and caring society that is founded on high moral standards

To offer homely support and a holistic education founded on strong principles of discipline, character formation and leadership development.

It is located along the Kisii CBD- Keroka road in Kisii county, Kenya. The school’s land was donated by Senior Chief Musa Nyandusi.

There are fifteen active clubs and five organisations at the school. Thursdays from 4 to 5 p.m. are set aside for club activities and meetings in the school program. Club meetings take place at this time. Students are encouraged to participate in at least one club or society. The following are the primary goals of the clubs and societies:

1. To educate
2. To stimulate thinking
3. To do research for knowledge and information
4. To entertain
5. To develop creativity
6. To render services to oneself and society
7. To provide an avenue for socialization
8. To help students grow spiritually and morally upright
9. To help students develop and exploit gifts and talents.

The societies include:
1. The Christian Union
2. The Seventh Day Adventists
3. The Legion of Mary
4. The Young Christian Society
5. The Muslim Society.

The school has had a history of topping in not only local but national examinations.

For instance, the school emerged the best in Kisii county in 2017’s KCSE with a mean score of 8.273

Summary of the result

Students are admitted based on their achievement in the open competitive KCPE examination in comparison to the previous wall. Candidates are evaluated based on their financial need, parental income, and KCPE results. Selection is made exclusively on the basis of merit.

President William Ruto’s government will have 49 Principal Secretaries, with the ministries of Interior, Transport, Lands, Trade, Education and Mining...

The Kenya Universities and Colleges Central Placement Service (KUCCPS) has released the application dates for the 2023/2024 placement cycle for...

National Land Commission (NLC) has announced 51 job vacancies in different departments. The major mandates of the Commission are inter-alia...

A new list of hardship areas has been made public by the Teachers Service Commission. The TSC 2021–2025 Collective Bargaining...

Teachers who had previously been relocated to other stations across the nation have been replaced by the Teachers Service Commission...

The Competency Based Curriculum (CBC) is a new curriculum that has been introduced in Kenya, that is set to replace...