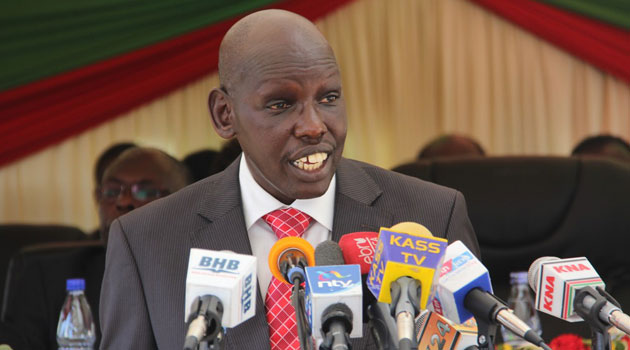 The Ministry of Education has announced new school calendar dates for 2023.

The starting dates for the 2023 first term remained unaltered in a notice issued by Belio Kipsang on January 10, the first term began yesterday, January 23.

The Ministry, however, changed the originally scheduled mid-term break dates from March 23 to March 16. The break will last three days, with students returning to class on March 19.

After the end of the first term, all primary and secondary schools in the country will take their first holiday on April 21, 2023.

The second term’s start and midterm dates were kept at May 8 and June 29, respectively. However, the term’s closing dates were amended from August 8 to August 11, as originally indicated. The break will last two weeks before the school reopens on August 28.

The Ministry also changed the dates for the third term, with the new calendar indicating that the Kenya Certificate of Primary Education (KCPE) and the Kenya Primary School Education Assessment tests will begin on October 30, rather than the previously disclosed date of November 6.

The two exams will be administered concurrently for four days before concluding on November 2.

According to the Ministry, term three will begin on August 28 and last for nine weeks without a midterm break.

This is a change from the previously communicated calendar, which stated that the term would run 10 weeks.

Furthermore, Kenya Certificate of Secondary Education tests will begin on November 3, rather than the previously announced date of November 10.

Candidates for the class of 2023 will take their exams until November 24th.

This will eventually prepare the way for marking, which, according to the plan, will begin on November 27 and go until December 15.

This is the second change to the school calendar in 2023, following the one communicated on January 6.

The government stated in 2022 that activities in the school sector would resume normally following a three-year hiatus caused by COVID-19.

Below is the revised calendar for schools and college:

A: PRE-PRIMARY, PRIMARY AND SECONDARY SCHOOLS