Inside TSC plans to phase out upgrading program for teachers 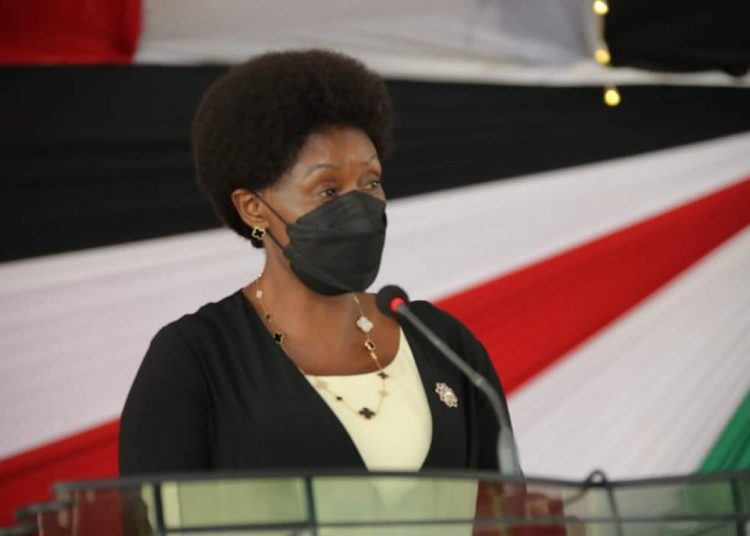 Thousands of unemployed P1 and Early Childhood Development Education (ECDE) teachers will find it difficult as the government will not complete their up-gradation programme.

According to the advertisement given by the Ministry of Education in a local daily newspaper regarding the upgradation programme, the teachers will have to pay the fee prescribed in the admit card which will come with other requirements.

Applicants with a valid P1 and ECDE certificate registered by the Teachers Service Commission (TSC) will be considered for the Upgrade Programme, which will be fully residential and whose application officially started on July 29, 2021.

The advertisement also states that employed teachers will have to wait a little longer for the school calendar to return to normal before benefiting from the school-based upgradation programme.

According to the school calendar released by Dr. Belio Kipsang, former Principal Secretary of Education, the traditional January-December school calendar is expected to resume in January 2024.

The resolution to come up with an upgradation program came after it emerged that in future no teacher would be registered or employed by TSC without a diploma.

According to the commission, the PTC will involve teachers through CBC learning areas and pedagogy, 21st century teacher education principles and practices, andragogy and lifelong learning assessment, action research and inclusivity.

Other areas covered under PTC include coaching and mentorship, recognition as well as nurturing of learning potential. During the nine-month upgradation programme, teachers will also be instructed on blending materials and pedagogy, micro-teaching, practical supervision and evaluation, reflective teaching and pedagogy. and logic.

In June this year only 1,400 applicants were eligible to appear in DPTE and DECDE. They were distributed to six different public teacher training colleges: Machakos, Thogoto Kimbu, Shanzu, Egoji, Baringo and Migori.

The second admission of trainee teachers in the Public Diploma Primary Teachers College (DPTC), which was to be held in July this year, was postponed to a later date, the ministry said, adding that the process would go ahead after necessary logistics were there in total 24 teacher training colleges. (TTC) students who hoped to get into the second intake will have to wait for those who will be shortlisted to join the upgrade program in September this year.

Saul Baraza, President of the Kenya Teachers College Principals Association (KTCPA), who is also the Principal of St Paul Kibabi Diploma Teachers Training College, urged those interested in the upgradation program to apply in large numbers. “We are optimistic that there will be many applicants as I believe having a diploma will be a prerequisite for them to be employed by TSC,” Mr. Baraza said.

He also encouraged them to update their skills so that they are in line with the current curriculum. TSC CBC is conducting in-service training of teachers since its inception. The commission has a budget of 1 billion for teacher capacity development and targets. Train 180,000 teachers and 23,000 school administrators on CBC in the 2021/2022 fiscal year.

The commission has not trained secondary school teachers on the CBC, although they are expected to obtain first division in January 2023. The government had earlier suspended the training of primary teachers in order to phase out the P1 certificate curriculum in TTC and give time for development of one. Curriculum to teach the new Diploma course.

Initially it was rumored that the government was going to fund the teachers upgradation programme. This announcement has come as good news for the affected teachers.

However, the Newspaper media team has established that the government will not bear the cost of upgradation and the affected teachers will have no option but to fund themselves.

Teachers across the country are now happy as Teachers Service Commission has broken the silence on the fate of P1 teachers in this country.

Education The Ministry of Education is currently racing against the clock to ensure that the new education system known as Competency Based Curriculum (CBC) is laid out by the education stakeholders. Also the Ministry of Education is now working hard to ensure this. Secondary schools have accommodated a large number of students, who are expected to join form one after the 100% transition that is going to happen.

However the teachers are happy now as the Teachers Service Commission has broken the silence on the fate of P1.

teacher. According to reliable sources, the Teachers Service Commission will deploy 36,341 teachers, who have acquired higher qualifications, to teach in lower secondary schools to meet the staffing needs after the roll-out of the new curriculum.