Education Updates » General » How To Apply As Invigilator, Supervisor With KNEC, Application Link And Application Deadline

How To Apply As Invigilator, Supervisor With KNEC, Application Link And Application Deadline 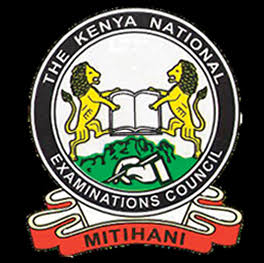 The Kenya National Examinations Council (Knec) gave till 21st January 2022 for teachers interested to oversee the exams to submit their applications online.

Applicants were also ordered to attach a number of documents and details during online registration.

Among the details teachers were required to submit include;

Teachers are required to use the link http://cp2.knec.ac.ke to register for invigilation.At the same time Knec says registration of 2022 KPSEA, KCPE and KCSE candidates will be taking place between 2nd January and 28th February 2022.

The examiner has warned of late registration of candidates asking school heads to keep time.

Knec said preparation for the 2021 (March/April 2022) KCPE/KCSE examinations are ongoing and all systems have been put in place to ensure that the examinations are conducted successfully Registration of 2021 candidates was closed on 14th August 2021 though there were still cases of learners who had not been registered despite extension of the deadline.

Knec ordered County Directors incharge of Education to submit list of schools in their counties that had not registered all learners for the KCPE/KCSE examination to the Ministry of Education by Thursday 16th September 2021There was change in policy on the number of candidates per school to be hosted from less than 15 to less than 30 candidates.

Following the changes Knec ordered County Directors, to compile the list of the schools to be hosted and where they will be hosted and forward to KNEC by 16th September 2021.

Education Cabinet Secretary Professor George Magoha has assured Kenyans that the loaded 2022 exam calendar will remain as scheduledMagoha who spoke in Murangá County over a week ago assured this year’s candidates in primary and secondary schools that the government will ensure fairness in marking the examinations despite the loaded calendar.

He said that preparation of the national examinations was in top gear and marking will take the constricted academic timelines into consideration.

The 2021 national examination that would have taken place by last December, the CS said, will be conducted in February, starting with the Kenya Certificate of Secondary Education (KCSE).

In March 2021, Standard Eight candidates will sit their Kenya Certificate of Primary Education (KCPE) examination according to the timelines set by the Kenya National Examination Council (KNEC).

In May, national assessments for the inaugural Grade Six under the Competency-Based Curriculum will be undertaken nationally as well.

The CS said between October and December, the second cohort of CBC will undertake Grade Six assessment simultaneously with 2022 KCPE candidates and 2022 form four (KCSE) candidates.

The CS spoke at Kamahuha Girls and Highlevel Secondary schools in Murang’a when he inspected the construction of new classrooms to accommodate a double intake of students from the 8-4-4 system and the new Competency-Based Curriculum (CBC) curriculum“I am reaffirming here that the examination will proceed uninterrupted as planned as the March examination is ready. I am calling on the pupils and students not to panic,” said the CS.

In the management of the education sector, Magoha warned politicians against interference in an election year saying those who dared would be dealt with.

“Public servants are mandated to ensure the continuation of government programmes and we appeal to those who will take over after President Kenyatta’s term ends to ensure that the already existing programmes go on without interference,” he observed.In the construction of CBC classrooms, Prof Magoha stated that the project is going on well and that phase one of the construction should be completed by March 1.

“Some classrooms are already at the painting stage and I appeal to contractors to complete the works before March 1 so that we can embark on phase two which will start in April and end in June,” he said