Education Updates » General » Hope For Principals As Kazi Mtaani Recruits To be Deployed in Schools.

Hope For Principals As Kazi Mtaani Recruits To be Deployed in Schools. 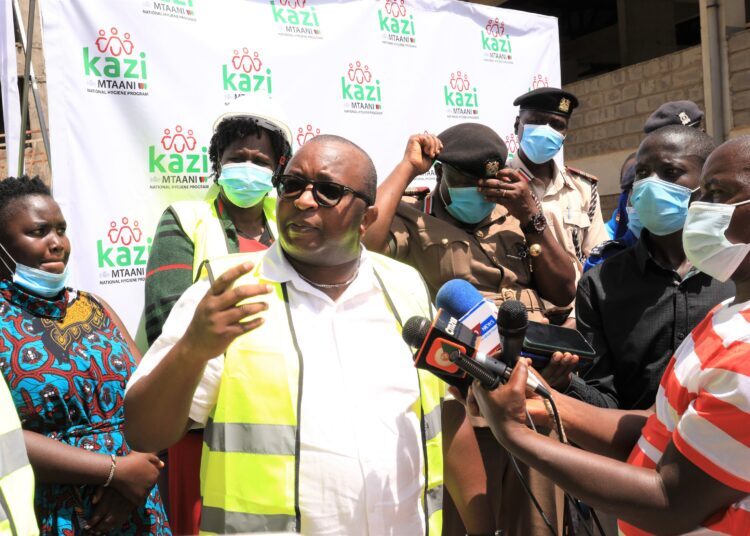 Many people in the country will never forget the COVID-19 pandemic. It has been a major disaster in the lives of many people.

Despite the loss of loved ones, job loss has hurt many families. In July this year, the government revealed that around 740,000 Kenyans had lost their jobs.

Fortunately, the country is slowly recovering as the infection rate has come down drastically.

The government is trying to provide employment to deserving youth despite the economic challenges. President Kenyatta has said he intends to leave a legacy when he retires next year.

To retain unemployed Kenyans, both skilled and unskilled, the government announced the return of the Kazi Mtaani program that would provide temporary jobs to thousands of youth.

The job applications are on and the successful applicants are expected to start work from next month.

CBC implementation continues. Current grade five learners are leading. In 2023, much of this will happen in junior secondary schools.

This is a big boost to the principals and schools who would have been slow to put these facilities in the schools during this critically busy time.

Murang’ a county commissioner has clarified after making it clear that the program will not simply clean up jobs as before.

It could also mean that the Ministry of Education could not allow principals to control the huge amount of money in labor because recruits would be paid directly by the government. However, more details will be out.

Presidential Youth Empowerment Scheme, How to apply and Check Eligibility. 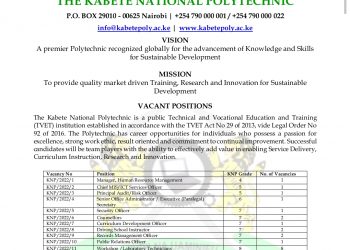 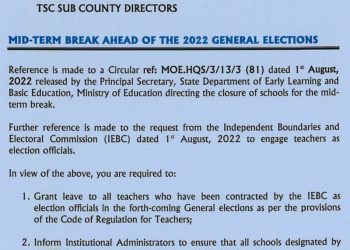 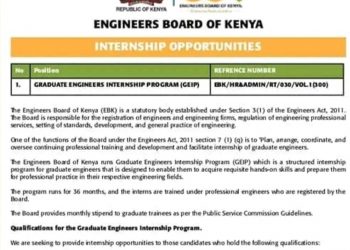 Engineers Board of Kenya (EBK) Announces Paid Internships; How To Apply 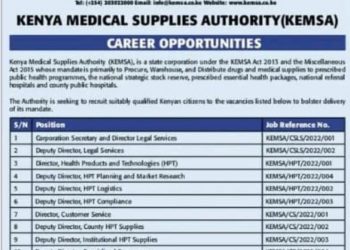