Here we go;Schools music festivals start on a high note in Kisumu 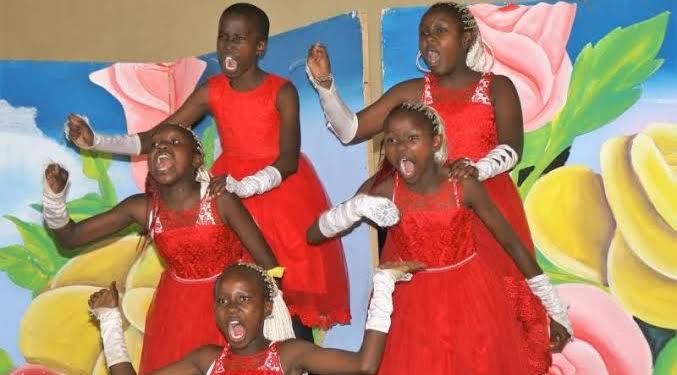 The 94th edition of the Kenya Music Festival started on a high note in Kisumu as children in Early Childhood Development Education (ECDE) centres displayed their talent.

The young learners turned the stages into their playground and thrilled the audience in an event that has attracted thousands of participants after a two-year break.

The first phase of the event featured learners aged between four and eight years, in clusters of those in Grade One to Three.

This was the first time the event was being staged after a two-year lull occasioned by the Covid-19 pandemic and it has lived up to its expectations if the performances of the young learners on the first day is anything to go by.

The three schools hosting the event, Kisumu Girls, Kisumu Boys and Arya primary school were a hive of activity as the children displayed their singing games.

Mwea Primary School from Embu was among the best performers after its ECDE learners pulled a thrilling performance in one of the categories dubbed the African Style Singing Game.

The young learners emerged as overall winners in the category.

Moments after they were crowned, the children burst into celebrations as the audience applauded them for the great performance.

Henry Muturi, the school’s headteacher said he was pleased with the performance of his learners and said they had trained them well.

“They have showed us talent. I am happy with the performance,” said Muturi, who also praised Competency Based Curriculum (CBC) which he claimed is vital in helping develop talent.

Running under the theme, Kenya My Pride My Future, the event seeks to celebrate some of the unique things about the country.

She was all smiles moments after she was handed her trophy.

“I was a bit nervous but when I got to the stage, I did what my teachers taught me and I won,” she said.

Peter Wanjohi, the chair of the festivals, said that they were thrilled with the performances of the young learners.

He said that the festival will play a crucial role in helping develop the talent of the young learners and assured parents that it was the best step for the children.

“We are happy that Kenyan children have come together to showcase their talent. They are learning and performing Western and indigenous cultural songs,” said Wanjohi.

According to the official, the young learners will be followed by older ones in primary schools and they were looking forward to greater performances by the groups that will take to the stage.

“We are happy with what we have seen and how the young people are able to interact with the positive aspects of their culture,” said Wanjohi. He promised parents that they should not be worried about the safety of their children since all their needs have been catered for during the event.

At the same venue, learners from Inondo Primary School in Kwale County also gave a thrilling performance of a Sukuma song.

More schools will participate in the event today as the focus shifts to other categories.

The event runs up to September 23 and will climax with a State Concert on September 24 at Kisumu State Lodge where trophies and certificates will be awarded.