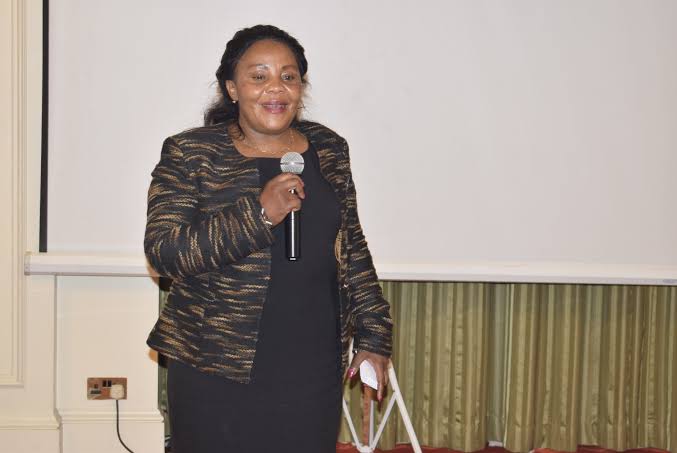 The government has kicked off plan to employ at least 3,000 trainers in Technical and Vocational Education and Training (Tvet) institutions.

A meeting, led by Vocational and Technical Training Principal Secretary Margaret Mwakima is planned this Thursday on the issue.

Mwakima said these when she was addressing technical trainers under the umbrella of the Kenya Association of Technical Training Institutions (Katti) at the Pride Inn Beach Resort in Mombasa during a workshop on human resource management in December 2021.

The function was also attended by Education Chief Administrative Secretary Hassan Noor. The Standard Group is a media partner.

The Tvet trainers were transferred from the Teachers Service Commission (TSC) to the Public Service Commission (PSC) and were being trained as the government focuses on transforming the sector to produce more young people with relevant technical skills.

Last year, the Kenya Union of Post Primary Education Teachers (Kuppet) suffered a major blow after the court ordered it to refund Sh90 million in member dues and agency fees deducted from more than 3,500 tutors in technical institutions currently employed by the Public Service Commission(PSC) for three years.

In her judgment, Justice Maureen Onyango of the Employment and Labour Relations Court said no employer can effect any deductions of union dues unless the forms signed by employees have been received from said trade union and its validity is ascertained.

“That the respondents each refund any monies deducted from the salaries of the claimant and the persons on whose behalf he filed this suit and remitted to the first respondent on account of union dues or agency fees after the date they ceased to be employees of the third respondent,” said Justice Onyango on Thursday in Nairobi.

The judgment followed a case filed by a technical and vocational education training (TVET) institution tutor Kepher Oguwi Langi on his behalf and that of other trainers.

Mr Langi said he and the more than 3,500 tutors ceased being members after the transfer. About 500 others were members of the Kenya National Union of Teachers (Knut).

However, Knut has not been deducting dues from the TVET tutors. The Kuppet deducts 1.8 percent of members’ basic salary as union dues.

According to Mr Langi, the union was deducting between Sh5 million and Sh6 million from the tutors monthly.

“Cumulatively, the illegal deductions amount to Sh90 million,” he said.

Mr Langi said the respondents illegally made a consent with Kuppet and continued to remit union dues and agency fees.

He told the court that the union did not have a recognition agreement with the PSC, the Vocational and Technical Training PS. Therefore, he said, the union could not purport to represent the tutors.

“We have also developed the criteria for the promotion of technical trainers and it will be implemented in full,” said Mwakima, adding that registrars and trainers in acting capacity will be confirmed.

She said the capital grants for students in Tvet institutions will be released early to ensure the smooth running of the colleges.

Katti chairperson Glory Mutungi said Tvet teachers have suffered after the transfer from TSC to PSC because their promotions stalled, and many of them served on the same grade for many years while some died or retired while waiting for higher job grades.

“We are looking forward to the document on promotion to be fully implemented,” she said.

She called for the employment of more trainers to address a big shortage in Tvet institutions.

“We are also urging the ministry to expand our institutions so as to accommodate more students as the competency-based curriculum rolls out in Tvet institutions. We need funds for expansion to avoid congestion,” she said, adding that the sector deserved its own ministry.

However, Mwakima noted that the government is currently focused on completing ongoing projects before the next year’s General Election.

Mr Noor said it was prudent for the trainers to start preparing for their retirement early to avoid mental anguish and frustration when they leave the public service.

The officials also cautioned technical trainers to stop engaging in partisan politics during this electioneering period.

Mwakima said while the technical trainers had the right to attend political rallies and even interrogate aspirants as voters, they should not join political formations and must remain loyal to the government.

D+ (plus) KCSE Mean Grade Will Qualify For Teaching Profession