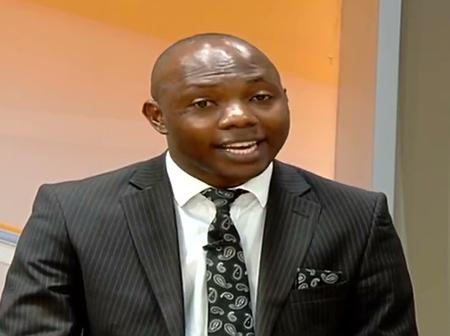 Kennedy Echesa, an education specialist, now thinks that the significant decline in the average number of marks achieved by the top candidate in the 2021 KCPE exams when compared to prior years’ is not surprising.

Magata Bruce Mckenzie of Gilgil Hills Academy was the best performing candidate in this year’s exams, scoring 428 points, 7 points less than the top candidate in the 2020 KCPE examination, Mumo Faith of Karimwailu, who scored 433 points.

Before Faith, the top-scoring candidate in the exam was Andy Michael Munyiri of Damacrest Schools Thogoto, who scored 440 points.

According to Echesa, who spoke on the Monday Report show, the reduction in top KCPE candidates’ highest average grades over the last few years is attributable to a failed education system and the usage of an outdated grading method.

“We need to look at three variables while studying KCPE: the candidate’s preparedness, the exam administration, and the marking,” Echesa stated.

“We’re on the decrease partially because our educational standards have been declining year after year, and there’s a joke that last year’s class six cannot be compared to this year’s class six.” COVID-19 arrived, exacerbating an already dire situation.”

COVID-19, according to Echesa, did not affect learning for all candidates in the country, with private school students appearing to be less inconvenienced than students from less modernized areas.

“When you look at the data, you’ll notice that the so-called clever students attend private schools. “I had an opportunity to speak with the top boy and top girl, and I inquired about their learning throughout COVID-19, and they stated it was going well,” Echesa added.

Another explanation for the reduction in yearly KCPE performance, according to the education expert, is the uniformity of exam results, saying that as a result of the exercise, candidates can’t really earn a perfect score in any of the exams they take.

We’re attempting to moderate the top performers by bringing them up to the required standards, but we’re penalizing the underachievers. The Ministry should come up with a better strategy to deal with so-called standardization; formerly, we used to conduct moderation, which was much better since it could accommodate both high and poor achievers,” he continued.

To ensure a balanced teacher-to-learner ratio, TSC will conduct an audit of all schools.

In January 2023, the regular academic calendar will resume.