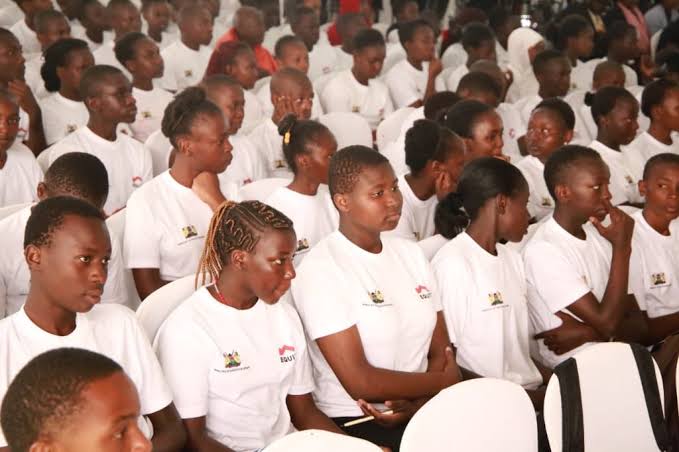 A total of 9,000 students who took their Kcpe in 2021 have been awarded government scholarships for their secondary education.

The cabinet Education CS George Magoha stated on Wednesday that the Elimu Scholarship will be distributed to deserving but underserved students across the country.

Equity bank, the World Bank and government of Kenya are all sponsors of the Elimu scholarship program.

Back from 2019 approximately 9000 students from low-income families have benefited from the program.

Thika Director of Education Maurice Sifuna urged the scholars to keep up with the hard work and discipline in order to achieve academic excellence.

Sifuna said he hopes to see all the beneficiaries attaining university grades at the end of their secondary school course.

He also urged parents to provide a conducive learning environment for the students when on school holidays and ensure they are in line with their academic performance.

He said poverty had hindered parents from educating their children to the highest possible levels.

He said many drop out at the lower levels for lack of fees.

He added that his board had a difficult time trying to get the most deserving children to be supported because the majority of them were needy.

“It was a tough call for us. We had to be fair enough not to favour any of the 600 applicants to ensure only the most deserving 139 cases qualified,” he said.

Mathioya said that the government was keen to ensure a 100 per cent transition of learners from primary school to secondary school.

Another 20 scholars from Gatanga also benefited from the scholarship.

The scholars received their award letters during a ceremony recently held in Thika town.

Amina Salim one of the beneficiaries from Mukunike in Kilimambogo said her dream to become a doctor has started.

“I come from a poor family. Sometimes we go without food. I was looking for a job as a house help since my parents couldn’t afford fees. I have young siblings in school, but now there is hope”, she said.

In Kiambaa sub-county, 13 needy students were among 156 who received the scholarship.

Equity Bank Ruaka Branch Manager Alice Wambui said apart from 9,000 students from poor backgrounds who have so far benefited from the programme, another 1,000 have also been helped by the Wings To Fly programme totalling 10,000 countywide

“The two; Elimu scholarship and Wings To Fly programs, have so far helped over 49,000 students…mostly students who are orphans, vulnerable children, students with special needs, or students with disabilities and students with poor parents living with HIV/AIDS or having chronic diseases,” she said.