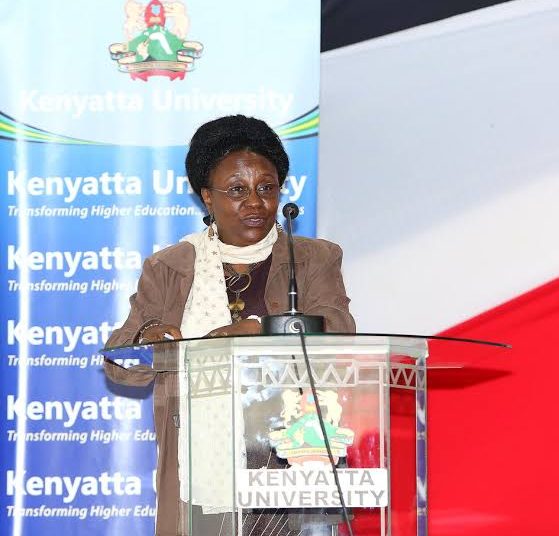 Prof. Fatuma Chege of the Ministry of Education’s State Department for Curriculum Reforms has confirmed that Junior Secondary Schools will be housed in secondary schools.

Prof. Chege, who sought to clarify the ongoing debate over the placement of the first batch of Grade Six candidates under the 2-6-3-3-3 curriculum to Junior Secondary Schools, emphasized that while there are primary schools that will host Junior Secondary Schools, the management and administration in such cases will be independent of the primary school.

The PS clarified that if a Junior Secondary School class is accommodated in a primary school’s surplus classrooms for any reason, that is merely accommodation; they do not belong to the primary school; they are domiciled in the secondary sub-sector.

The PS was speaking at St. Maria Goretti Ruruguti Secondary School in Othaya, Nyeri County, where she dedicated the first complete classroom built as part of the Competence-Based Curriculum project.

The County planned to build a total of 166 classrooms. The State is building 11,000 classrooms across the country at a cost of Sh8.1 billion.

As the country transitions from the 8-4-4 to the Competency-Based Curriculum, the new classes will provide additional learning space for the more than one million students who will enter Junior Secondary School next year (CBC).

Prof. Chege was accompanied on the inspection tour by the Sub-County Education Officers, Deputy County Commissioners, and area Chiefs who have been monitoring the construction of the CBC classrooms.

Sabina Aroni, the Nyeri County Director of Education, stated that Nyeri had reached the 50% mark of project completion.

Aroni stated that three more new classrooms would be operational by the end of this week.

The Director emphasized that contractors who are qualified to implement Phase Two of the project will be vetted based on their performance during Phase One.

“We will be using the work delivered on this First Phase to vet the contractors who will take up the construction project during Phase Two of the project. Those who deliver during Phase One will be given first priority.

“We are still working towards ensuring that all classrooms are complete by March 6th, so that we can comfortably switch our focus to administering the national exams when that time comes,” said Aroni.

As the country prepared to admit the first batch of students into Junior Secondary school in 2023, the government planned to build a total of 199 new classrooms in Nyeri.

The government has set aside Sh8 billion to assist in the construction of 11,600 classrooms across the country as the country transitions from the 8-4-4 system to the Competency-Based Curriculum (CBC).

The construction of the classrooms was scheduled to begin last month and conclude in April of this year.

Uhuru directed the National Treasury to make Sh8.1 billion available for the project to support the transition from primary to secondary school in the Competence-Based Curriculum (CBC).

The Ministry of Education, in collaboration with the Ministries of Interior and the National Treasury, shall establish a framework for the construction of the over 10,000 classrooms required to provide the additional learning space required for the one million new students set to enter Junior Secondary.

Magoha said that Classrooms, Books, and Desks For JSS Will Be Ready By August As Govt Trains Teachers On CBC