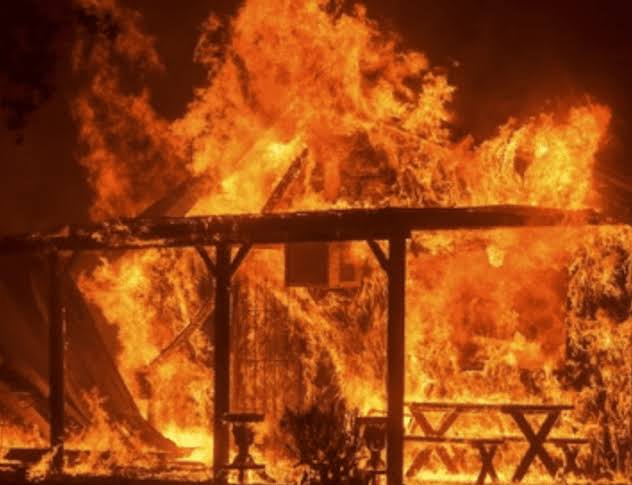 Cases of student unrest in schools continue to increase with two schools in Kisii County being the latest to face fire  incidents.

At the same time, a similar incident was witnessed in Nyabigena Boys High School located in South Mugirango Constituency, where more than 140 students were affected after a dormitory burnt down.

Police officers who visited the scene warned that whoever is found culpable in the two cases will face legal action.

The two cases, whose motive remain unclear, come at a time when the country is experiencing unrest in schools with more than seven institutions being affected in the recent past.

The school has since been closed indefinitely.

This comes even as the government on Tuesday resolved to issue dates for mid-term breaks to ostensibly contain the wave of unrest being witnessed in schools.

Below is the circular for both secondary and primary schools 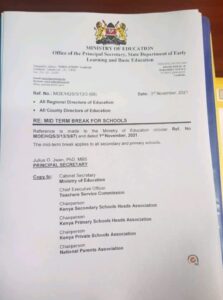