CS Magoha :Before re-opening, the government plans to release the school’s capitation. 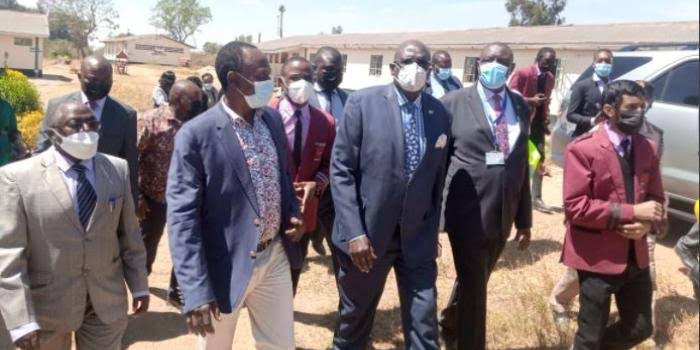 According to Education CS Magoha, parents who enroll their children in secondary schools or continuing classes would not be required to pay tuition.

“Every school will have money before they open,” Magoha said. “The money will be in the bank by Tuesday, giving them a week to plan.”

Magoha issued a strong caution to school officials who may be tempted to remove students who are behind in their payments at the start of the new school year, which begins on April 25.

He also recommended parents whose children were allocated to far-flung day schools to go to the nearest education center to fix the issue.

He was addressing at the annual education conference for Wings to Fly and Elimu awardees in the Nairobi region.

The link for applying for both the Elimu and Equity-Wings to fly scholarships is now available, according to Equity Bank CEO James Mwangi.

“Today we launched the website so that children can apply online,” Mwangi said. “We will then distribute application forms to all branches and give scholars six days to apply.”

Students will be able to enter form one after the screening process and beneficiary selection are finished in two weeks.