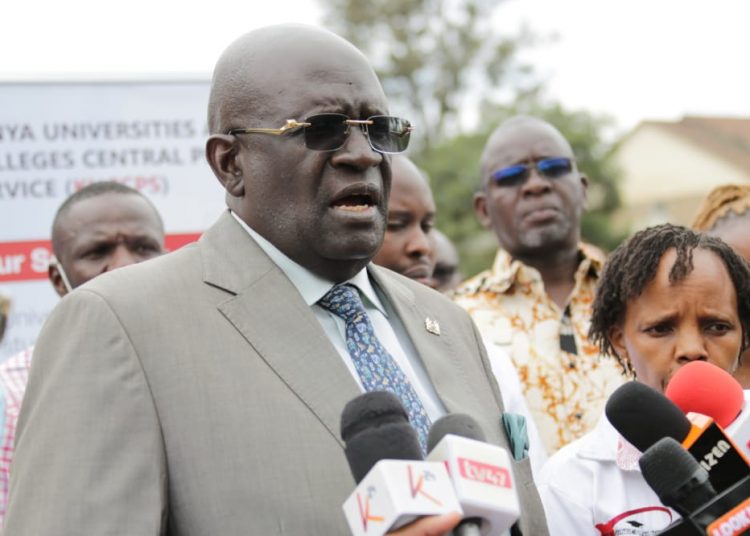 The fourteen appointed officials will serve for three years, per a gazette notification from July 15.

Cyrus Gituai was chosen by Magoha as the head of the Kenya Universities and Colleges Central Placement Service.

“In exercise of the powers conferred by section 4 (1) (a) and (d) of the Education (Board of Governors) Centre for Mathematics, Science and Technology Education in Africa Order, 2006, the Cabinet Secretary for Education appoints— Chairperson: Pius Kimani Mutisya,” the notice reads.

He named Ngina Kairu, Brenda Mayabi Nanzala, and Peterson Maina to the board of the Centre for Mathematics, Science, and Technology Education in Africa (CEMASTEA) for a three-year term.

Magoha chose four people to the board of directors for the Kenya Literature Bureau.

“In exercise of the powers conferred by section 32 (4) (a), (d), (e) and (f) of the Science, Technology and Innovation Act, 2013, the Cabinet Secretary for Education appoints— Chairperson: Ratemo Michieka,” the notice reads.