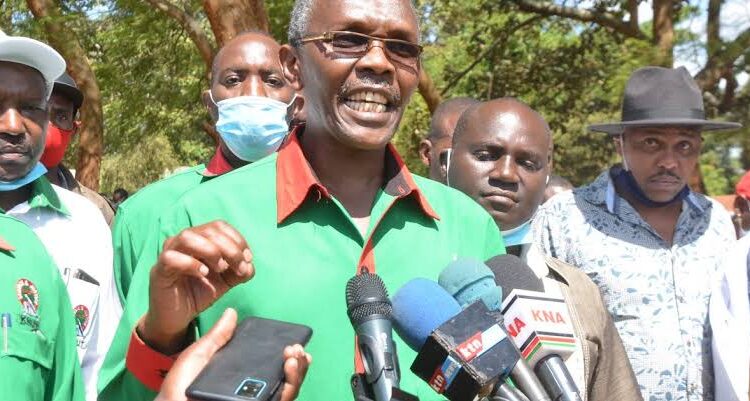 High numbers of learners competing for minimal facilities in schools has greatly affected the delivery of quality training  students.

The government’s policy of 100 percent transition without putting in place adequate infrastructure is to blame for this.

He added that the institutions also have a shortage of teachers to handle the increasing number of learners in classrooms.

Congestion in classrooms is a violation of the Covid-19 health protocols, he said.

He added that teachers are overburdened, stressed, demotivated and are at a risk of contracting Covid-19.

Njata urged the government to employ more teachers to respond to the emergent need in the transition policy. He also called for the A establishment of the required infrastructure.

He further expressed concern on the text book supply policy, saying most of the books supplied to schools were already available in the schools.

This policy should be reviewed so that teachers have an input on the kind of books they need;he said.

He argued that the policy has forced booksellers in the country to shut down businesses rendering many jobless.

He wondered why the government would craft a policy to terminate employment of the book traders instead of encouraging creation of opportunities accessible to majority of stakeholders in the country.

KNEC takes a bold step to Shut Down 162 Examination Centres