Education Updates » Education » CBC: A Presidential Taskforce will be established to evaluate the efficacy of the new curriculum

CBC: A Presidential Taskforce will be established to evaluate the efficacy of the new curriculum 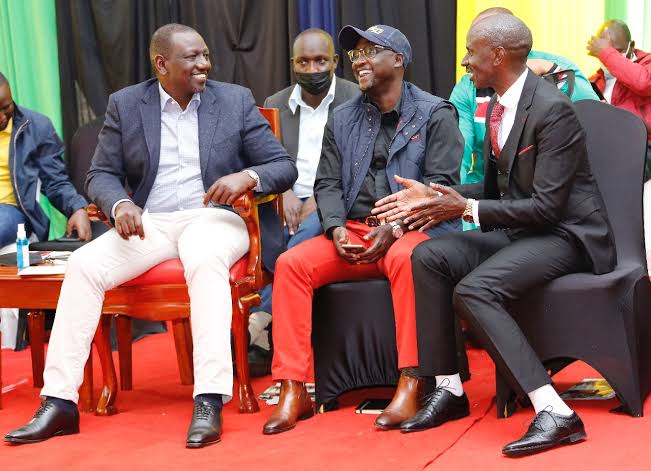 A presidential task team led by President William Ruto is anticipated to convene to discuss the state of the Competency-Based Curriculum (CBC), which has unquestionably revolutionized the nation’s educational system.

The task force will likely be established in the upcoming weeks before beginning its job, which includes gathering opinions from stakeholders across the nation.

“On education and in particular the implementation of the CBC, public participation is crucial in this matter. I will establish an education reform task force in the presidency which will be launched in the coming weeks, it will collect views from all players in line with the constitutional demand of public participation,” said Ruto.

A section of parents has expressed concerns over the curriculum, particularly its implementation which is said to be ‘costly’.

“…and we are particularly alive to the anxieties of parents on the twin transition of the last 8-4-4 class and the first CBC class next year, I assure all that there will be a solution to the matter before then,” said the president.

On the campaign trail, politicians linked with Kenya Kwanza pledged to “overhaul” the curriculum and present the “best” one for students, instructors, and even parents.

The Kenya National Examination Council will conduct the KCPE, KSCE, and an examination that would prepare students to enter junior secondary school during the third trimester of this year’s academic calendar.

The results of the Kenya Primary School Education Assessment will serve as a roadmap for the transition to JSS (KPSEA).

Grades 7, 8, and 9 will make up Junior Secondary School (JSS) under the CBC.

According to KNEC’s standards, they will take into account the outcomes of both the formative and summative tests while evaluating the grade six assessments that will ease the transition to grade seven.

The formative evaluation, which is collected from tests given in grades four, five, and six, will contribute 60% of the learners’ score while the summative assessment will account for 40%. They will add up to 20% at each level, for a total of 60%.

Five papers will be used by KNEC to evaluate the 13 subjects available at the upper primary level.

Five papers will be used by KNEC to evaluate the 13 subjects available at the upper primary level.

The total grade, which will be presented as the sum of the grades received on each of the five papers, will be 500 points.

It is anticipated that appropriate procedures will be implemented to maintain the validity of school-based assessments (SBAs).

The final exam for students in grade six will be administered from November 28 to November 30, 2022.

Candidates will now receive a transition report for the KPSEA in place of the examination certificate they received from the Exam Council after passing the Kenya Certificate of Primary Education (KCPE) Examination under the 8-4-4 curriculum.

According to the government’s policy of 100% transition from elementary to secondary schools, a total of 2,512,467 students are anticipated to enroll in secondary school.

A evaluation by KICD in 2021 revealed troubling findings, such as insufficient time allotted for several learning areas, including as Kiswahili, English, and literacy, which were already in the early stages of learning under the CBC.

Inadequate teacher preparation, the financial burden on parents to buy specific learning materials, and bad infrastructure in educational institutions are only a few of the issues raised by stakeholders.

A father who talked with Shahidi News claimed that despite the government currently giving books to students in a 1:1 ratio, the school where his child attends continually insists that the parent buy a number of textbooks.