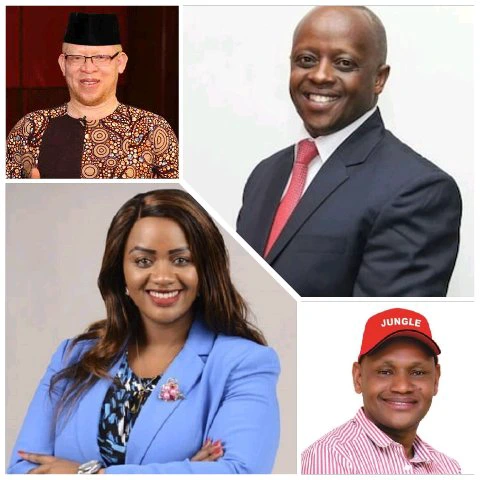 Winning the party ticket is perceived as having a head start in the general election in areas considered strongholds.

Furthermore, the regulations have subsequently changed, making it impossible for losers to switch political parties.

They have no choice except to run as independent candidates.

Evans Mutai, who recently coordinated impromptu fundraising for his campaigns among neighbors, has defeated the former cabinet secretary for Energy and Devolution, who was vying for governor of Kericho on the UDA ticket.

The nominated senator sought to represent the Ruiru constituents in the National Assembly but before the August 9 polls, he was subjected to a pre-match in the race for the UDA party ticket

He decamped from the ruling Jubilee Party to Ruto’s side in late 2020 and has since then been an ardent ally of the deputy president.

In the run-up to the party primaries, Mwaura launched house-to-house campaigns to marshal support for his umpteenth bid for the Ruiru MP seat. His chief opponent in the race for the UDA ticket was Simon Kingára Ng’ang’a who is on the verge of clinching the ticket as per the provisional results.

The former KNUT chair has lost the Bomet UDA ticket to DP Ruto’s lawyer Hillary Sigei. Earlier, the vocal unionist had called for the vote to be halted, claiming that certain ballot papers had been pre-marked for specific candidates.

The Former Kenya National Union of Teachers (KNUT) chairman decamped from the ODM party to contest for the Bomet senatorial seat.

The incumbent Naivasha MP, has lost the UDA ticket to John Kihagi, her predecessor. Kihagi received 10,394 votes, while Kihara received 9,991 votes, a 403-vote margin. Kihara said she might have been rigged out.

Alfred Mutai, a former charcoal dealer who was elected in 2017 as the Member of the County Assembly representing Sirikiwa ward, has bagged the UDA ticket for the Kuresoi North parliamentary seat with 17,247 votes against the incumbent MP Moses Cheboi who is also the Deputy Speaker of the National Assembly who managed 12,454 votes.

The Thika Town MP was also a casualty in the UDA primaries, after losing the Kiambu governorship seat to Senator Kimani Wamatangi.

Keiyo North MP James Murgor has lost his bid to defend his seat on a UDA ticket.

Adams Kipsanai, who is an aide of Elgeyo Marakwet Senator Kipchumba Murkomen, trounced Dr Murgor in the UDA party primaries held on Thursday.

Kipsanai garnered 6,523 while Dr Murgor got 6,383 in the hotly contested race.