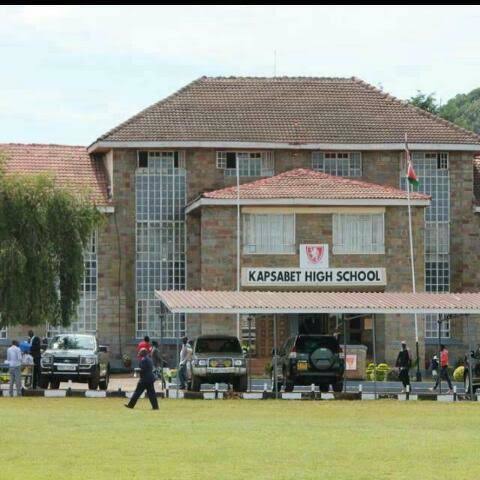 The aforementioned criteria all have a significant role in KCSE exam success. A school’s reputation is built on its outstanding performance.

We will list the best national schools in this article.

Below is a listing of top 15 best-performing boys national schools in Kenya .

Kapsabet High School is currently the crème de la crème of all the boys’ national schools in Kenya, only beaten to the overall title of the top performer by the renowned girls’ school Kenya High which had a mean of 10.46. The national school is located in Kapsabet, approximately 40 kilometers from Eldoret town and registered a mean of 10.11

Alliance High School is one of the best public secondary schools located near Kikuyu Town, Kikuyu Constituency in Kiambu County. The renowned national school continues to set the bar high for national schools not only in Kiambu County but also across the country. Their 2019 mean was 10.01, only bettered by Kenya High, Kapsabet Boys, and Kisima Mixed Secondary School.

Mang’u High School, whose school motto is “Jishinde Ushinde”, loosely translated to mean “Conquer yourself to conquer” is one of the best national schools in Kenya. The school was established in 1925 by the Kenyan Roman Catholic Church and is located along the Nairobi-Thika Highway in Kiambu County. The school registered an impressive mean of 9.86 in last year’s national examinations, KCSE.

Murang’a High School is a boys boarding school sponsored by the Catholic Church and located in Murang’ a town in Murang’ a County. The school was founded in 1964 through the Catholic Diocese of Nyeri and begun with only 35 students. It has since grown to become one of the best national schools in Kenya, and last year it registered a mean of 9.27.

Friends School Kamusinga is a Kenyan national high school established in 1956 to offer quality education to boys students from the western region and other parts of the country. The school is located in Kimilili, Bungoma County and is ranked among the best national schools in Kenya. The school had a mean of 9.16, a clear indication of why it’s held in such high regard by parents and guardians.

Kagumo High School is one of the top boys’ national secondary school located between Kirichu and Kiganjo townships along the Karatina-Nanyuki road. The school is credited to have been among the first schools in Kenya to allow native black Africans to sit for university-level entrance exams in 1946. Last year the school had a mean of 8.99 in KCSE.

Starehe Boy’s Centre and School is one of the leading boys’ national schools in Kenya. Founded in 1959 by Dr. Geoffrey William Griffin, Geoffrey Gatama Gaturo and Joseph Kamiru Gikubu, the school has since grown to become one of the leading high schools in the country. It had a mean of 8.91 in last year’s KCSE examinations.

Baricho Boys is a public secondary school located in Mwerua location, Ndia Division in Kirinyaga County. The school, which was founded in 1934 by the late Bishop Gatimu of Nyeri Diocese, sits on a 24-acre piece of land and is sponsored by the Catholic Church. The school had a mean score of 8.80 in last year’s KCSE examinations.

Litein High School is one of the best boys’ national schools in Kenya located in Litein, Kericho County. The school was founded by the African Inland Mission Church (later African Inland Church) as a training venue and residence for disadvantaged women among the Kipsigis Community. It has since grown to become one of the leading high schools in Kenya and had a mean of 8.84 in last year’s KCPE examinations.

Founded in 1927 as Francis Scott High School, later renamed to Nakuru High School after Kenya attained independence in 1963, Nakuru Boys High School is the best boys national school in Nakuru County. The school is located just outside Nakuru town along Nakuru-Bahati Road, approximately 500m off Nakuru-Nakuru Highway. The school borders Nakuru State House to the East and had a mean score of 8.81 in last year’s KCSE examinations.

Located in Dagoretti North Constituency, Nairobi County, Lenana School is a public boys’ high school founded by colonial governor Philip Euen Mitchell in 1949, known then as the Duke of York School. The school had a mean of 8.80 in last year’s national examinations.

Kanga High School is a national public boys national school located in Rongo Constituency in Migori County. The school was founded in 1985 by the late Internal Security PS Hezekiah Oyugi, and was initially housed by St. Joseph’s Secondary School, Rapogi as it lacked sufficient structures. Over time it has grown to become one of the best national schools in the Nyanza region. In 2018 the school had a mean of 7.4, and last year they went a notch higher and registered a mean of 8.7.

Located along Meru-Maua Road in Imenti North is Meru School, the best high school in Meru County. The school was founded in 1956 as a sister school to Meru Teachers College and was initially a mixed school until 1961 when the girls were transferred to the present Kaaga Girls High School. The school has more than 1200 students and more than 60 teachers. It registered a mean of 8.67 in last year’s national examinations.

Regarded among the best-performing boys’ national schools in Kenya is the Machakos School located in Machakos County. The public high school was founded in 1915 as African Government School and was initially a primary school before it became a boy’s secondary school in 1939. It later became a mixed school in 1946 when the first batch of girls was admitted. Four years later boys and girls were separated, and the boys were relocated to a different school, Government African Boys School, currently known as Machakos School. Last year the school had a mean of 8.62, making it the best national school in Machakos County.

Magoha explains why some candidates with 400 or higher marks may be unable to enroll in National School.

Hon Ezekiel Ombaki Machogu has been selected as the New cabinet secretary under the ministry of education to serve under...

The head of state stated Mudavadi will now be the third-most powerful government figure in his administration when announcing his...

Ezekiel Machogu could be another man to watch in President William Ruto's Administration following his appointment as Cabinet for Education....

On Tuesday, September 27, 2022, at State House in Nairobi, President Ruto gave a press briefing and claimed his deputy...

President William Ruto has nominated 10 women to his Cabinet, with seven picked for Cabinet Secretary positions and three to...

President William Ruto on Tuesday, September 28, appointed Cabinet Secretaries who will serve in his cabinet. Speaking at State House...