All Schools Rescheduled To Close Early Than Expected in this Term 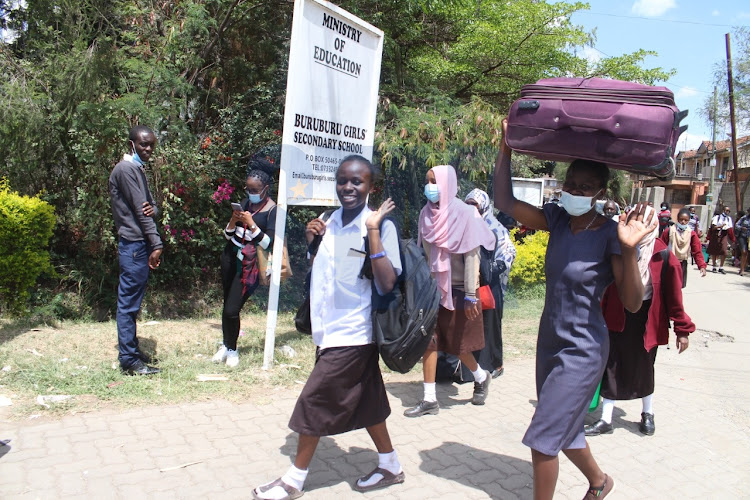 It is now coming out clear that 2022 is expected to be a very abnormal year in the education calendar.

According to the circular produced by the ministry of education,all the students are expected to cover four terms in one year instead of three terms as it happens in a normal calendar of the year.

This change has taken effect since the government is trying to cover the time that was lost during the COVID-19 pandemic which led to closing of schools for more than 8 months in last year,2021.

Tension therefore goes to parents and guardians who will have to dig deeper in their pockets to finance the school fees for the four terms in 2022.

Most Students have just reported back to their respective schools to complete the third term of 2021 which is scheduled to end in March 4th.

This means that term three for 2022,will run for nine weeks thus learners will break for holiday on 25th February before resuming for the first term of 2022 on April 25th, a holiday that will run for nearly two months.

During this period (February 25th to April 24th), candidates in class eight and form four will be sitting for their final national examinations. Unlike in the other years when the calendar was normal,, official closing dates could be towards the end of March.

This time round, the education ministry came up with the calendar that all should be aware of and get prepared,, hence change of dates to the official dates of 25th of February.

This period, between February 25th to April 24th), all candidates in class eight and form four will be sitting for their final national examinations.Just unlike in the other previous years when the calendar was normal,Term one of 2022 will begin on 25th April and end on 1st July.

Then all learners will then break for ten days before resuming for second term on 11th July.

Later , all candidates in grade six, class eight and form four will sit for their final exams. The normal academic calendar will resume in January 2023