A School Dormitory Burnt Down Into Ashes Shortly After School Reopens 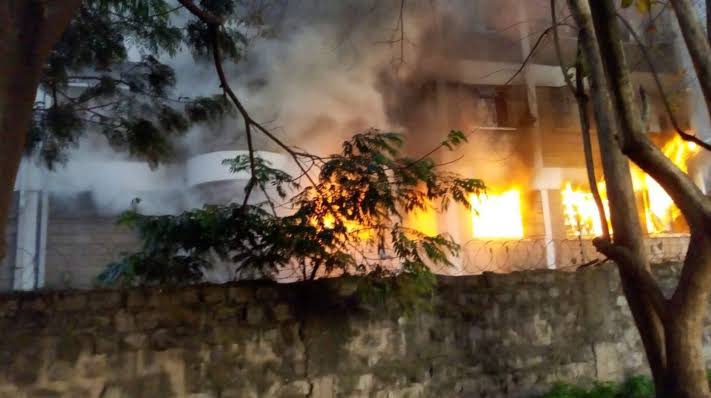 The wave of school fires in the country have left parents and other education stakeholders demanding solutions from the government.These fires have destroyed millions of shillings worth of property in the schools which has left many parents with little to do but foot the bills.

Property of unknown value was razed to the ground on Sunday night, January 2, after a fire gutted St. Luke catholic primary school.

The fire started in the middle of the night just as the school administration was preparing to receive learners on opening day.However, the school stated that the cause of the fire is yet to be established.

By the end of the second school term, over 31 schools had been razed down by fires suspected to have been started by students in cahoots with staff and outsiders.

Few weeks ago, CS Magoha stated that the government would not take responsibility for the loss incurred by schools following the recent spike in fire incidences, which saw dormitories, laboratories and classes go up in flames.