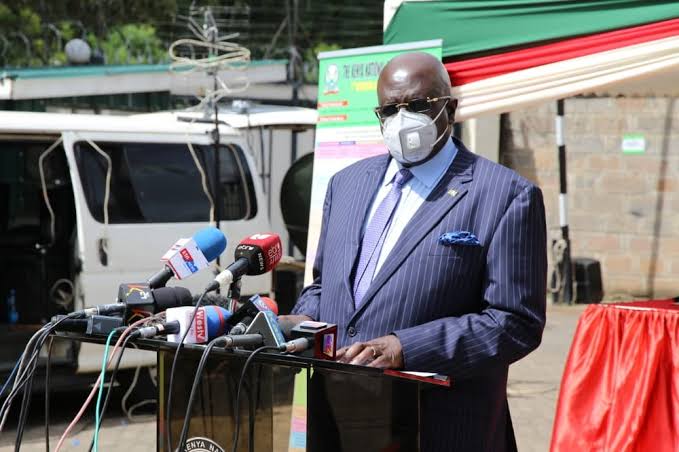 George Magoha, the Cabinet Secretary for Education, reported that his ministry has made progress in preparing primary schools to host junior secondary.

On Wednesday, July 20, the CS mentioned that over 27 primary schools in Nairobi had already passed the test while speaking in Kiambu County.

He added that by Friday, July 22, when he would officially announce the schools, the number is anticipated to increase.

Magoha also said the Ministry was on the right track to building the 10,000 classrooms President Uhuru Kenyatta pledged for junior secondary students.

“Our target is to ensure that the 10,000 classrooms promised by the President are ready. So far we have commissioned about 50. I think next week we shall commission a large number.

“Despite a lot of noise from the busybodies, we are actually very focused on our children. In Nairobi, for example, we have registered about 27 primary schools that have satisfied our situation to convert to junior secondary schools,” he stated.

The declaration represents a significant accomplishment because the CS ordered private schools to build new classrooms at the beginning of July to accommodate students transferring from Grade 6 to Junior Secondary School in January 2023.

At the time, he gave Kenyans the reassurance that the Ministry of Education was ready to enroll all 1.28 million Grade 6 pupils in the junior secondary with little to no difficulty.

In his visit to Kiambu County, Magoha also disputed claims that his team blew Ksh10 million on school inspection trips by claiming that since taking office, he has secured value for money.

She said that the school had dubious financial accounts and poor record keeping.

“One other good thing to say is that most of the things are measurable and they shall remain even when we are gone,” Magoha, however, refuted.

How to Apply for the KNEC invitation on Teachers’ Training As Assessors for DECTE, DPTE Examinations