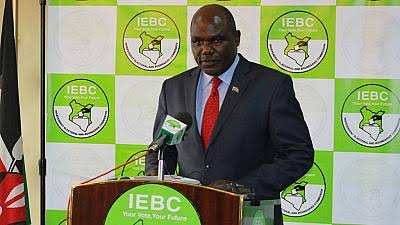 The Independent Electoral and Boundaries Commission (IEBC) says it will Gazette the date of the 2022 General Election on January 19.

The Commission had previously planned to gazette the date on March 14, 2022.

IEBC says that it has also adjusted the date on when political parties should submit candidates’ names to the agency.

The new date for political outfits to declare their candidates in the upcoming General Election is May 26, 2022.

Initially, political parties were to conduct party primaries, resolve intra-party disputes and submit names of candidates from April 16, 2022 to May 19.

“This shall expand the timelines and allow parties a period of 129 days to conduct party primaries,” the electoral board said in a statement on Friday, October 1.

The Commission’s chairperson Wafula Chebukati said last month that the 2022 General Election will be held on August 9, and that there are no plans to adjust the date.

“I have seen reports of plans to delay the General Election. IEBC, for a fact, does not react to opinions from organisations or individuals,” Chebukati said on August 9 during IEBC’s meeting with media stakeholders in Mombasa.

According to the chairperson, the election date is clearly stipulated in the Constitution, and that no one has supreme powers to alter the polls date.

IEBC Vacancies; How to Apply, check out the Details